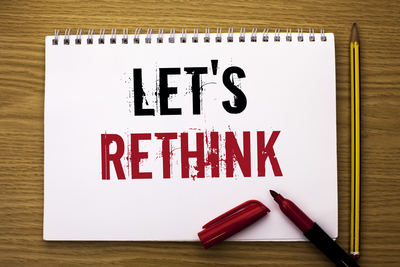 Some years ago, I had a dramatic exposure to the motion “to Reconsider.” At a 2-day meeting of our professional society board, one member (I’ll call him “Alex”) proposed that our society spend $4000 on radio spots in Washington, DC. He felt that we needed to develop a public relations strategy, and that this would be a great entry into the market. The motion passed.

At the board dinner that evening, people who knew something about PR complained that this would be a waste of money, since it was not “targeted marketing.” Alex, however, argued that not only was it a great move, in fact, we should increase the amount.

The next morning, Alex asked how we could add more money to the PR effort. I suggested that he move to “Reconsider” the motion. The board agreed to reconsider, and we continued our discussion. During the discussion, Alex moved to amend the motion by increasing the amount to $8000, and the amendment passed. But when it came time to vote, the amended motion failed. In other words, Alex had gone “double or nothing,” and lost everything.

On the plane flight home, I started digging into Robert’s Rules of Order to better understand what had happened. I realized that if I had suggested that Alex move to “Amend Something Previously Adopted,” he would have been able to propose amending the amount to $8000. If that amendment had failed, however, he still would have kept the $4000 that was originally approved.

If you’re wondering about the people who voted to increase the amount, but then voted against the motion as amended, all I can say is that people are fickle! Maybe the board members were swept up in Alex’s enthusiasm, so they voted to increase, but in the end, decided they couldn’t swallow the larger sum. Voting one way on an amendment does not require you to vote a certain way on the motion once amended.

Let’s review how you can rethink or change your mind.

If the decision was positive and the motion passed

If your body approved a motion, there are three ways you can change your mind.

The easiest way to change your mind is to “Amend Something Previously Adopted.” A member proposes “to amend Motion X by the amendment Y.” This requires the standard steps to process a motion. (Read our articles Processing motions in Robert’s Rules and Amendment in Robert’s Rules.) There are three ways that this motion can pass:

One interesting point is that in a small board (up to about 12 people), it may be easier to obtain a “majority of the entire body” than to obtain a two-thirds vote. Learn more in our article Counting a vote wrong is dangerous.

The next way to change a decision is to “Rescind” the motion. When you do this, the motion is revoked or canceled.

The motion to “Rescind” requires one of the same three methods described above in “Amend Something Previously Adopted.”

Note that you cannot rescind a motion when something has been done, as a result of the vote on the main motion, that it is impossible to undo. I had an inquiry from a clerk about a decision taken at the previous week’s meeting. The vouchers had been approved and the checks cut, but a councilmember had a question about one of the bills.

From a parliamentary perspective, it was not possible to “Rescind” the motion approving the checks. Some other action was called for. Perhaps the body could move to put a stop on the check, or to appoint a committee to investigate the bill. If you’re in this situation, if contract has been signed, for example, speak with your attorney.

Your third option is to “Reconsider” the motion. The British don’t like this—they call it “the American motion.” This motion has two steps:

I like to think of this as the “Groundhog Day” motion. There we are with Bill Murray at 6:17 am, starting over again, at the point of discussion reached just before the vote.

The purpose of reconsidering a vote is to permit correction of hasty, ill-advised, or erroneous action, or to take into account added information or a changed situation that has developed since the taking of the vote.

As with Rescind, you cannot reconsider a motion when something has been done, as a result of the vote on the main motion, that it is impossible to undo.

If the decision was negative and the motion failed

If your body defeated a motion, you have two options:

Robert’s Rules encourages bodies to make up their mind and stick to it—during the meeting! The idea is to keep meetings efficient, and prevent endless backtracking. However, if a motion is defeated, a member has the right to RENEW it, that is, to bring it up at a future meeting.

You can read about renewal in our article, Renewing a defeated motion at a future meeting, and in Robert’s Rules of Order Newly Revised, 11th edition, pp. 336-342.

I hope this article brings clarity to a murky subject. Part of the problem is that in ordinary speech, we use “reconsider” differently from the specific motion described in Robert’s Rules. It will help your group if you master the three different ways that a body can change its mind during a meeting:

And while it’s technically feasible to “renew” motions, I encourage you to refrain from doing so. It’s not a good use of your group’s time to go round and round the mulberry bush, hashing out things that were already decided once.

Respect for the majority decision is a key principle of Robert’s Rules. Observing it will help your group function well, and earn you the respect of your colleagues. As Cornell Clayton of Washington State University says, “The willingness to engage in honest debate and lose, on issues you care deeply about, reaffirms your commitment to common citizenship.”