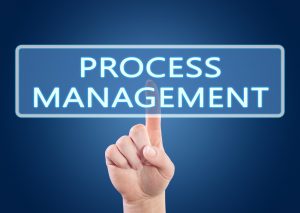 There are eight steps to processing ordinary motions in Robert’s Rules.

At the right time in the agenda, after the member has been recognized by the chair,

When the chair states the motion in step #3, that is the official text of the motion. If a member believes that the chair didn’t state the motion as they proposed it, the member should speak up right away and say so.

Once step #3 has occurred, the motion belongs to the whole group. The person who made the motion has the same rights as anyone else in the group, no more and no less.

Be careful, if someone proposes a “friendly amendment,” not to turn to the maker and seconder and ask if they will accept it. See our article Friendly amendment in Robert’s Rules for more information on how to handle this.

Again, when the chair restates the motion in step #5, that is the actual text that is being voted on.

Call for the negative vote in processing motions

In calling for the vote, it is important that the chair call for the negative vote. This principle goes back to 1604. Don’t say, “All those in favor say ‘aye.’ Well, it’s unanimous!”

Chair: All those in favor say “aye.”

Announcing the result in processing motions

In announcing the result, note that there are three parts to the announcement:

It’s important to include all these three steps so everyone is clear on what has been approved, and what will happen next.

Changing your vote while processing motions

Of course, a member may later propose other motions that could change the course of action, such as to Amend Something Previously Adopted, to Rescind, or to Reconsider.

Which motions are processed this way?

The eight steps are used for processing these motions:

Other motions vary in different ways: some cannot be amended, some cannot be debated, and so on. Download our Motions Chart for a listing of the motions and their ranks and chief characteristics.

In this example the group processes a Main Motion with no amendments:

Member A: I move that we hold a cruise on Dino Bay.

Member B: I second the motion!

Chair: It has been moved and seconded that we hold a cruise on Dino Bay. We will now debate the motion. [debate]

Read our article Precedence of motions in Robert’s Rules to learn about the overall structure of motions.