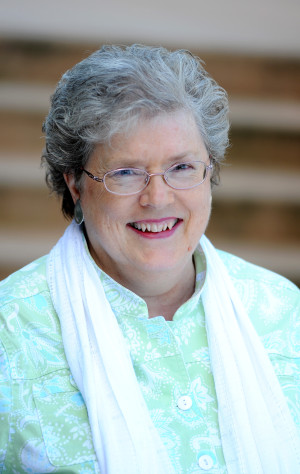 Like many of you, I learned about Robert’s Rules of Order by accident. In 1999 I became president of the American Translators Association. I picked up the book and was horrified by how long and complicated it was. I wanted to give up, but our bylaws said, “Meetings shall be run according to Robert’s Rules of Order Newly Revised Latest Edition.” So I kept on reading and studying as I attended board meetings.

Eventually I realized that there is a core to Robert’s Rules of Order that is critical to good meetings. In my opinion, anyone who masters the key principles and guidelines can run great meetings—meetings that are fair, efficient, and democratic. Those principles are not hard to learn, they’re just different. That core is what we offer you here in Jurassic Parliament.

I’ve loved volunteering and governance all my life. They are an essential part of what makes America great. When you volunteer on a nonprofit board, serve as an elected official, or volunteer for your community, your service is an important gift to your neighbors and to our society. It is an honor to assist you in that endeavor.

My habit of organizing people started early, since I was a first-born daughter with five younger brothers. This gave me a lifelong passion for telling people what to do, which I have tamed over the years through learning Robert’s Rules of Order and the principles of servant leadership.

I was in the “Pioneer Class” at the University of California Santa Cruz, and graduated with highest honors in literature. I was awarded a Marshall Scholarship from the British government, and received a BA/MA degree from Cambridge University in Russian and Ancient Greek. I served in the U.S. Foreign Service in Pakistan and on the Bangladesh and Soviet desks of the State Department, and became the first woman to serve as a staff assistant in the Near East South Asia Bureau.

I was on my way to Moscow when another Foreign Service Officer made me a better offer, so I married Lew Macfarlane. I became a stay-at-home mom in the Congo, Tanzania and Nepal with our three sons. We returned to Seattle, Lew’s home town, and I became a Russian translator.

After my term as president of the American Translators Association, I served as executive director of the National Association of Judiciary Interpreters and Translators. I then partnered with Andrew Estep as co-owner of ERGA, Inc., an association management company. Now I work full-time on Jurassic Parliament, based in Seattle.

Andrew and I recommend our book, Mastering Council Meetings: A Guidebook for Elected Officials and Local Governments, to anyone interested in better board functioning.