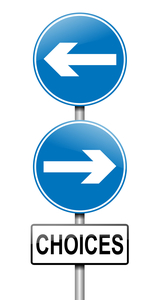 It seems that a lot of confusion prevails within our local government bodies about the Motion to Reconsider and how to use it. This article describes when and how to reconsider a motion, and other ways of changing your mind as a body. It was first published on the MRSC blog. MRSC is a private nonprofit organization, formerly known as “Municipal Resources and Service Center,” serving local governments in Washington State. See also our article on Reconsider, Rescind, or Amend previous decision, which covers these topics for nonprofit boards and local governments, with some different nuances.

Background: What Is the Motion to Reconsider?

Under Robert’s Rules of Order, the Motion to Reconsider is one way that a governing body may change a motion or decision made; however, it’s important to understand the restrictions present in using this motion.

The first point to know is that under Robert’s Rules of Order, special actions are necessary to change an action taken during the same meeting. The orientation is towards making a decision and then moving on. However, if you need to change an action, you can make a Motion to Reconsider.

One good reason to reconsider would be if someone has obtained new information that might change the outcome of the vote. Simply being unhappy with the outcome and hoping for something different is not a reason to move to reconsider, which is why a member must have voted with the prevailing side to move this motion.

You must have voted with the prevailing side to move reconsideration

Here is a table showing what the prevailing side looks like in different cases:

If your council or board rules of procedure say those “who voted with the majority,” you should change them to use the correct terminology. This language is especially inaccurate when referring to a two-thirds vote.

If the vote was taken by voice or is not otherwise clear, the chair may ask the member how they voted. It is assumed, of course, that the member will be honest in replying.

Move to Reconsider is a two-part motion

The motion to Move to Reconsider has two parts. First, a member moves to reconsider. If there is a second, the motion is taken up. The seconding can be done by any member regardless of how they voted on the motion to be reconsidered.

This motion can be debated if the original motion itself was debatable. It takes a majority vote to pass, regardless of the vote required to adopt the motion being reconsidered.

If the Motion to Reconsider passes, then the body takes up the original motion as it was just before the vote was taken. It can amend the motion, refer it to a committee, or take other action, as well as pass it or defeat it.

When can you move to reconsider?

Robert’s Rules of Order says that you move this motion during the same meeting at which the original motion was made. If your meeting is continued or adjourned to a later time, the motion can be made during the adjourned meeting.

In addition, many governing bodies in Washington State allow the motion to be made at the next regular meeting. Your rules of procedure have higher authority than Robert’s Rules.

Note that if something has been done that cannot be undone, you can’t reconsider or rescind the original motion. For example, if the council moves to expand the time for public comment during a particular meeting, it cannot later reconsider that motion once the public comment has already been received.

Another Approach: Amend Something Previously Adopted

If a motion was passed at your meeting, there is another approach you can take — You can move to Amend Something Previously Adopted. There are different requirements for this motion to pass depending on whether it is made at the same meeting, or whether previous notice is given and it is considered at a future meeting (see below). In this case, the original motion is still valid, but you are proposing to change something about it. This is the way, for example, that you enact a change to minutes that were previously adopted. Any member can move this motion.

A member makes a motion:

If there is a second, the group debates the amendment, and takes a vote. If it passes, the motion is amended.

There are three different ways this motion can pass:

For more information about these different requirements, see the Jurassic Parliament article, Counting a vote wrong is dangerous.

What if you’re unhappy with the whole motion, and want to cancel it out entirely, either now or in the future? In that case, provided that nothing has been done that cannot be undone, you can move to “rescind the motion.” This motion has the same requirements as Amend Something Previously Adopted, given above. Its effect is to nullify the original motion. Of course, the original motion still remains in your records, as does your Motion to Rescind.

A clerk once wrote saying that a member on the city council wanted to rescind the authorization for paying a bill that had been passed the week before. Since the check had already been cut and sent, it wasn’t possible to rescind it. Instead, the member would have had to talk to the city attorney to discuss their concerns about the payment and see how to handle the issue.

We’ve laid out here the constraints on tackling something again during the same meeting. In contrast, Robert’s Rules of Order makes it easy to reintroduce a defeated motion at a future meeting. This is called “renewing the motion.” All a member has to do is to request that the motion be placed on the agenda or bring it up at the right time during a future meeting (provided notice requirements have been met). See the Jurassic Parliament article, Renewing defeated motion at future meeting – “renewal.”

This comes as a surprise to some! An elected official wrote that colleagues once said, “Don’t move a motion that you know will fail because if it fails, it can’t be brought up again.” This is absolutely not true.

Of course, if you bring something up over and over again, you run the risk of sounding like a “johnny one-note” and alienating your colleagues. In fact, some local governments have introduced a restriction on this, saying that a motion defeated at a meeting can only be renewed at a later meeting if a majority of the governing body agree to do so, for a period of one year. Again, your local government’s rules of procedure have higher authority than Robert’s Rules.

Knowing how to use these various motions and using them correctly can spare your governing body a lot of confusion. Keep clear about your intentions, follow the guidelines, and things will go much more smoothly.

This article was originally published on the MRSC blog. Visit www.mrsc.org for a wealth of valuable information and resources on local government.