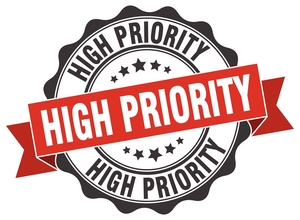 Many organizations are incorporated in Washington State under the Washington Nonprofit Corporation Act. (This article will refer to this law as “the Act”.) During the 2021 session, the legislature repealed the existing Act and replaced it with a new one. These are some of the most important changes to the Act.

This article is focused on the procedural aspects of the law—the provisions affecting members, directors, meetings, elections, and committees. Other changes will not be explored; we recommend that you seek legal counsel for the specifics for your organization. As always, nothing in this article constitutes legal advice.

If your organization has more than one class of member, the rights for each class must be specified in the articles or bylaws. This includes the types of matters that each class can vote on.

Not much has changed with regard to sending notice of a meeting on paper in the mail. There is one important difference, though. If the paper notice is sent by the United States Postal Service or some other delivery company, it is effective five days after it is given to the company. For example, if the notice requirement is 10 to 60 days for a meeting, a paper notice sent by mail would need to be sent between 15 and 65 days prior to that meeting.

One of the goals in writing the new Act was to recognize current practices. One of these practices is the use of email or other electronic communication to give notices for meetings. Under the old Act, using electronic messages was strictly opt-in; the corporation was required to send a paper notice in the mail unless the member or director had previously given consent for electronic notices. Now, if the corporation has an email address for the member or director, they can send the notice electronically.

Another modernization in the Act is the concept of a remote meeting. During the pandemic, we have probably all had at least one meeting in a video conference. The new Act allows remote meetings for both meetings of members and meetings of the board. “Hybrid” meetings are also allowed, where some people are gathered in one room while others are connected virtually. Before an organization can use remote communication for meetings of the members, they must be authorized in the articles or bylaws, however. A board can use remote communication for its meetings by default; the articles or bylaws can restrict or prohibit this practice.

The type of technology is not specified in the Act, but there are requirements. For meetings of members, all members must be able to participate substantially concurrently, vote, ask questions, and make comments. For meetings of the board, all directors must be able to participate simultaneously. For both types of meetings, the notice must give full instructions on how to connect and fully participate.

The new Act does not allow boards of directors to make any decision by email vote. (The old Act didn’t either, but we heard many instances of directors who thought that it was acceptable.) The way that a board can act on behalf of the organization is in a properly called meeting, with proper notice to every director, when a quorum is present.

There is another option, which is called an action without a meeting by unanimous written consent. It works like this: If every director currently in office provides a written record that they consent to an action to be taken, then the board has decided to take that action, just as if it was a vote taken in a proper meeting. It is possible to do this by email. But in our experience, when a director asks for the other directors to agree to an action, it tends to create a discussion, which leads to someone suggesting a change, and then there’s a long thread of conversation. By the time every director has sent an email agreeing to an action, it may not be clear what precise action the director agreed to. And the records of the consents or agreements are just as muddled.

For these reasons, we strongly recommend that decisions be made in a meeting of the board. Only under extreme circumstances should the board use a unanimous written consent to take an action; but if they do, either sign on paper, send faxes, or use an electronic system other than email such as Docusign. You must keep printed copies of the written consents with the minutes.

It is allowed to prohibit “taking action without a meeting by unanimous written consent” in the articles or bylaws.

In a meeting of the members, the vote requirement has been relaxed. Before, a majority of the members present was required to adopt a main motion. Now, a motion on any matter is adopted when there are more votes in favor than there are opposed. This is roughly equivalent to a majority vote as we understand it in parliamentary procedure. (Some of the details are different, but they come up rarely.) The vote requirement can be higher than this if it’s stated in the articles or bylaws (or another provision in the law).

The vote requirement in a meeting of the board is still a majority of the directors present.

Here’s an important new thing for meetings of members: Before the notice for the meeting is sent, a snapshot of the member list must be taken. That is the list of members who must be sent the notice, and it is the list of members who can vote at the meeting. The board decides the date when the snapshot is created unless the articles or bylaws provide otherwise. (This is called the record date in the Act.) The list contains each member’s name, address, and number of votes.

The biggest impact is that people who become members after the snapshot is created are not considered members and cannot vote at the meeting, even if they joined before the meeting started.

Quorum at Meetings of Members

What is changed under the new Act: When a member is present at a meeting of the members, that member is counted for quorum even if they leave the meeting. If the meeting ends but it then continues later (called an adjourned meeting in parliamentary terminology and in the Act), that member still counts for quorum even if they aren’t there. So, it is possible for a group of members smaller than a quorum to make motions and vote if a long meeting is running late and some members have left.

We regret that the new law allows these types of action without a quorum. From a parliamentary perspective, to permit this is dangerous. A small number of members can take action that the majority opposes. We recommend that members be aware of dwindling attendance at a meeting and move to adjourn when there appears to be less than a quorum of members.

Quorum at Board Meetings

Unlike meetings of the members, a quorum must be maintained at a meeting of the board of directors; if too many directors leave the meeting, the board can no longer conduct any business.

The new Act makes a distinction between committees of the board and advisory committees.

In this article, we described some of the changes in the new Washington Nonprofit Corporation Act. Focusing on the procedural aspects of an organization, we touched on the rights of members, notices for meetings, remote meetings, email votes by the directors, voting requirements and member lists at meetings of the members, quorum provisions for members and boards, and committees. There are a lot of details on these subjects that we did not cover.

In addition, there are many other things that changed that we didn’t mention here. The new Act is about 250% the size of the old Act. You should read the new Act to determine how to proceed with your nonprofit corporation. We believe that the authors of the new Act largely succeeded in improving the organization and the readability for the average member or director. When reading the new Act, keep in mind that many of the provisions have a qualifier, “unless otherwise provided in the articles or bylaws.” There are many defaults provided in the Act, which your organization can customize in your governing documents.

Knowing this information will help your nonprofit corporation understand the changes in the new Act and start your own exploration.

The information provided here is intended for educational purposes. Legal information is not legal advice. Please consult an attorney for advice about how the law applies to your specific situation. 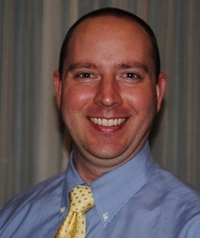 Matthew Schafer is a Professional Registered Parliamentarian based in the Seattle area. He works with a variety of organizations, including several nonprofit corporations. Since the replacement of the Washington Nonprofit Corporation Act, he has studied its details with a focus on those that affect parliamentary procedure. Jurassic Parliament is very grateful to Matthew for offering our readers these insights.