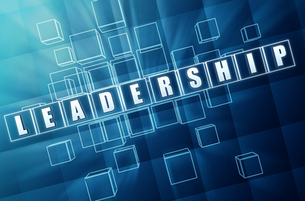 What is the role of the mayor in discussion at city council meetings? The answer to this question is a bit subtle.

In a large council, mayor does not take part in discussion

Robert’s Rules of Order says that in a large group, the chair of the meeting does not take part in discussion. The chair serves as a facilitator, but does not actively express their views.

The president…should, of all the members, have the least to say upon the substance of pending questions.   Robert’s Rules of Order Newly Revised, 12th ed., Section 47:19

“Large group” is defined as more than about 12 people. So if, as in Chicago, the mayor chairs a city council of 50 aldermen, under Robert’s Rules the mayor is not supposed to be taking part in discussion, and does not make or second motions.

Should the mayor of such a large council wish to take part, they may “pass the gavel” to the vice-chair and step down. Once having done this, the mayor remains as a member of the council until the item is processed. Read our article on pass the gavel here.

Of course the mayor will speak during the meeting in order to announce the business items, recognize people, maintain order, and so on. However, this is different from commenting on the substance of items and participating in the discussion. For more detail, read about the 11 duties of the chair here.

In a council-manager city, the mayor may take part in discussion

If the city is structured on the “council-manager” pattern, where the mayor is one of the councilmembers, the mayor usually may take part in discussion. You will want to check your state law to confirm this point. Washington State law says:

The chair of the council shall have the title of mayor and shall preside at meetings of the council. In addition to the powers conferred upon him or her as mayor, he or she shall continue to have all the rights, privileges, and immunities of a member of the council.  RCW 35A.13.030

In a mayor-council city, the situation depends

If your city has a “strong mayor,” separately elected, who serves as the administrative head of the city and also chairs the council meetings, the situation will play out in different ways.

LARGE COUNCIL As discussed above, the mayor will not take part.

SMALL COUNCIL (up to about 12 people)

Our article, Small board rules are different, describes the provisions in Robert’s Rules pertaining to small councils. The most important point is that in a small board or council, the chair may take part in discussion, make motions, and vote, unless law, regulations, or bylaws say otherwise. If you have adopted Robert’s Rules of Order, this permission extends to the chair of your meeting.

However, there is a further nuance, which is that technically speaking, in a mayor-council city, the mayor is not a member of the council.

Option A  Some cities with small councils have established rules that require the mayor to refrain from speaking on the substance of issues, as in large councils:

Option B  In our experience, however, it is common for the mayor to have the right of participating in discussion, as long as the mayor does not dominate. The mayor has knowledge of details and the general situation that is relevant and important for the councilmembers to know.

This may be explicitly stated in council rules of procedure, or it may simply be a matter of custom. As readers know, unless the law says otherwise, the council is in charge of its own procedures. If your city allows the mayor to speak to issues, we recommend that in each round of discussion, the mayor speak last.

The mayor should participate in discussion

Jurassic Parliament strongly recommends that councils give the mayor a role in discussion. I have seen situations where, due to bad feeling having developed between the mayor and the council, the council declined to allow the mayor to provide information or make comments. This did not end up well. The body needs the full perspective if it is to make good decisions.

In accepting elected office, councilmembers take on themselves the “duty of care” (read article here). This means that they are obliged to exercise due diligence, and to become as fully informed as they are able about the issues at hand. To refuse to listen means that the councilmembers are demonstrating negligence and bad faith.

Of course the other extreme also occurs. Sometimes mayors see themselves as the “boss” of the meeting. They may recognize people according to their whim and not according to the rules, interrupt members because they think they know more about the subject than the member, or refuse to allow councilmembers to address questions to the staff. This domineering behavior also does not end up well. See our article When the chair is a bully or out of line for ideas on how to deal with this problem.

Have you had experience with these issues? Share your stories with us here!

When does the chair discuss and vote?

Do we have to obey the mayor?