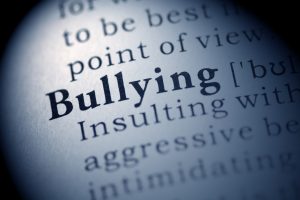 What can you do when the chair is a bully, or out of line? Unfortunately, sometimes the chair lets their position go to their head. We outlined some basic principles about bullying in this post, “Do you have a bully on board?” If you are burdened with a chair who bullies or intimidates others, we suggest this approach:

If your chair is a bully, put a stop to it!

We hope that education will do the trick, and drastic public measures won’t be necessary. In the long run, though, it’s better to belong to a body that follows the rules of decorum and discusses things in a civil way than to allow a tinpot dictator to insult or bully the members. Rally your colleagues, consult your attorney, and then take action according to these principles. It’s the democratic thing to do.

Download this article, Remedies for abuse of authority by the chair in a meeting, to see the exact process described in Robert’s Rules of Order Newly Revised, 12th edition.