Over the years of working with parliamentary procedure I’ve found that there is a lot of confusion about the motion “point of order.” In essence, when a person says “point of order” he is making a claim that there has been some procedural mistake. In his view, something has been done incorrectly, and it ought to be straightened out. 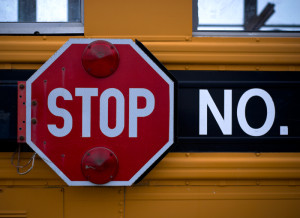 The normal way this happens is that a member of the body makes the claim. She seeks recognition, and may interrupt someone who is speaking to do so. Once she has been given the floor, she says “I rise to a point of order.” The presiding officer — chair, mayor, president — replies “State your point.” She then explains the issue. Once the issue is clear, the presiding officer gives a ruling: “The point is well taken” if he agrees, or “The point is not well taken” if he does not. (Note that the chair’s rulings are subject to appeal.)

As an example, if an ordinary motion were made and seconded, and then the presider immediately called for a vote, it would be appropriate for a member to make a point of order. The point would be that the members have the right to discuss the motion before they vote on it. It’s important for everyone to air their views in order for the body to make a good decision. In such a case, the presider should respond “The point is well taken” and then open discussion.

A point of order must be made in a timely manner. Members must raise the point just as soon as the offense occurs. If they fail to raise it immediately and other business takes place, it is then too late to raise it (with a few exceptions).

While presiding over a meeting, I am grateful when someone raises a point of order. Running a good meeting takes a lot of energy and concentration. Occasionally I make procedural slips. Most of us do. Knowing that members are paying attention, and care enough to mention an error when they see one, is a great comfort. It also reinforces the reality that everyone, not just the presider, bears responsibility for the meeting.

Robert’s Rules of Order Newly Revised gives members the right to make this motion, but I believe that it is also good for a council when staff are empowered to raise points of order. I once heard a tale of how a new mayor, emerging from executive session called to consider candidates to fill a vacancy on the council, immediately administered the oath of office to the appointee. This is not good!

Newly elected officials often need help if they are to fulfill their duties properly. A clerk or other staff person should be empowered, by custom or policy, to say, “Point of order, Mr. Mayor. Under the Open Public Meetings Act, council must vote in public to appoint this candidate before the oath can be administered.”

In some cities the clerk serves as parliamentarian, so he may be already authorized to speak. If your council does not have this arrangement, authorization can be included in the rules of procedure.

There are many benefits to doing this. By virtue of their job and experience, clerks are very familiar with the rules. They can help elected officials act properly and protect the municipality from liability. Even more, under the Revised Code of Washington, clerks are themselves public officials. They have a duty not only to their employer, but also to the public and the State of Washington.

Making it easy for them to speak up will benefit your city, help create a climate of transparency and openness, and assist mayor and council members in doing their job.

On the other hand, I heard of one city where a citizen would stand up two or three times during a council meeting and shout “point of order.” This hyper-vigilant individual was going beyond his rights and should have been politely but firmly squashed. Members of the public at large have the right to attend public meetings and to offer comment as prescribed. They do not have the right to behave like a public nuisance and disrupt the proceedings with inappropriate exclamations of pseudo-correctness.

As always, the presider will have the duty of maintaining order and ensuring that standards of politeness and correct procedure are followed.

In general, in my experience, laxity is more harmful than too much strictness. So be prepared, encourage council members, staff and clerks to speak up, and establish a culture in which “point of order” is a useful tool for better council functioning.