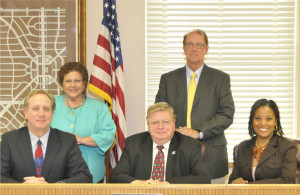 As part of our crusade to de-mystify Robert’s Rules of Order and empower people serving on nonprofit boards, city councils, and other governing bodies, we would like to address a simple question: who can make a motion? The answer is: you!

If you are a voting member of one of these bodies, and it functions according to Robert’s Rules, you are fully empowered, like every other member, to propose that your group take action. That is, you have the right to make motions.

A “main motion” is nothing more than a proposal to do something. It has to be made at the right time. Robert’s Rules are very linear. For example, when we’re in the middle of discussing the budget, we’re not going to take up a motion to adopt a new code of conduct. But this is common sense, and should not deter any member from being willing to speak up at the right time and propose action.

A story from the Democrat of Senatobia, Missouri contained a startling error on this topic. The Mayor was quoted as refusing to entertain a motion, claiming that “according to Robert’s Rules of Order, a book on parliamentary procedure, ‘you can’t make a motion unless a motion is asked for.’”

Don’t believe it! Learn the rules about “when” and be prepared to speak up about “what,” making motions with verve and impunity. You have the right to do so.

Posted in Robert's Rules of Order and tagged rights of members
← Who may raise a point of order at council meetings?You have to relax to lead →