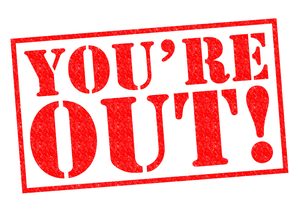 What can you do when a chair (“presiding officer” or person running the meeting, who is often the president) refuses to follow Robert’s Rules, abuses their power, or acts in an arbitrary manner?

The first step is to make a Point of Order bringing the error to the chair’s attention. If the chair rules against you, you can Appeal their ruling, and then the group will decide. But sometimes chairs either don’t know how to process Point of Order and Appeal or simply refuse to acknowledge that they have been challenged.

After stating your motion three times, and being ignored three times, you have the right to stand and put the matter to a vote yourself. And if that doesn’t work, you can move “to Suspend the Rules and elect a presiding officer pro tem for this meeting.” (The word “pro tem” means temporary.)

Obviously, this is not something to be done lightly. Educating the chair and members about the correct procedure is a better way to go. But if education fails, under parliamentary procedure you do have recourse. Here is the passage from Robert’s Rules:

Note that any provisions in state law and regulation, or your own authority documents, have higher standing than parliamentary procedure. Be sure to research your specific situation and consult your attorney before undertaking this.  A mayor who presides over a city council, for example, likely cannot be removed using this approach.

Sample script for removing the chair

Here is one sequence you might follow, where Jack Robinson is the president and chair, Molly Malone is the vice-president, and Abigail Adams, Hamid Khan and Sara Valdez are members of the body.

“It has been moved and seconded the rules be suspended and Abigail Adams be elected as presiding officer pro tem for this meeting. This motion cannot be debated and requires a two-thirds vote to pass.  Following the procedure laid down in Robert’s Rules, I hereby step down from the chair. Molly Malone, our vice-president, will put the motion to the vote.”

“All those in favor of suspending the rules and electing Abigail Adams as presiding officer pro tem for this meeting, please raise your right hand.  [pause]

“Thank you, hands down. All those opposed, please raise your right hand. [pause]

“There are two-thirds in favor, so the chair is declared vacant and Abigail Adams is elected presiding officer pro tem for this meeting. Ms. Adams, kindly take the chair,” OR

“There are not two-thirds in favor, so Jack Robinson will resume chairing the meeting.”

Removing the chair is effective for one meeting only

See this important quote: “Any one motion to Suspend the Rules that might limit the authority or duties of the presiding officer during a meeting can remain in effect, at most, for one session. Therefore, in order to prevent the regular presiding officer from presiding during subsequent sessions, the motion to Suspend the Rules would have to be renewed and separately adopted at each of the sessions.” RONR pp. 652-653.

Removing the chair from office permanently is a whole different ball game, with different rules. See RONR pp. 653-654 and consult your attorney.

Have you been faced with this dilemma? Share your stories with us!