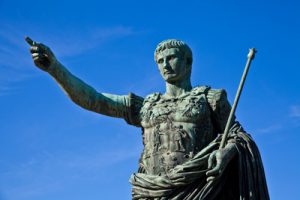 Do you suspect that your chair is being a bully? Essentially, this occurs when the chair is not doing their duty to protect the rights of members during meetings, and allows their own personal beliefs or preferences to override their commitment to their duties as chair (or president or mayor—whoever leads the meeting).

Here are some examples. In my opinion these would be considered bullying only if they occur, not because of a single mistake or oversight, but frequently.

The chair speaks out of turn, interrupts others at will, comments on other people’s speech when it is not their turn to speak, attempts single-handedly to tell someone they have spoken enough times, or says that they do not want to hear what a member has to say.

The chair allows others to speak out of turn, or to speak multiple times when others have not spoken, to speak over or to interrupt others. The chair might fail to call on those who raise their hand to be recognized, and allow a free-for-all, letting those who can speak loudest or fastest have the floor. The chair might selectively recognize some to speak, and ignore others.

The chair makes personal remarks about other members; use insults or profanity against other members; participates in or initiates ganging up on other members during meetings; treats those in their good graces, or those they consider “friends,” differently from those not in that category.

The chair allows personal remarks without correcting members; allows insults or profanity; allows members to “gang up” on other members

If a society has adopted a set of parliamentary rules, this information is usually in the bylaws, which are—or should be!—accessible to all members. Enforcing and upholding what is contained in the governing documents is a core duty of all members, and especially of the chair or president. The chair’s only real authority is through the parliamentary rules, so if a chair denounces the rules, they have also denounced their own authority.

The chair might not personally agree with the use of such rules, but that does not give them the right to selectively ignore any of the bylaws, to single-handedly attempt to invalidate them, or to ask the group to do this. It is not in the power of the chair or the board to pick and choose what bylaws to follow or enforce.

Unfortunately, if the chair is not willing to follow the adopted rules of a society, and other members do not want to replace the chair, there is limited action one can take. One can make continued attempts to educate members of their rights, and to promote the idea that the group deserves a functional and ethical chair.

Groups may adopt Robert’s Rules of Order or a different parliamentary authority. Even if they have not done so formally, the courts have found that nonprofit boards and local government bodies are still bound to follow the principles of parliamentary procedure as embodied in common law.

Chairs are not allowed to “do things their way” and make it up as they go along, if their way violates the rights of members, or gives them power that is not defined in the bylaws. It is for this reason that all members need to know their rights, so they will know if they are being violated.

If the chair fails to protect the rights of members, they are not a functional chair, and should be replaced. It is the duty and obligation of the other members to police the chair, and to replace the chair, when feasible, if the chair refuses, fails, or is otherwise unwilling or unable to perform their official duties. It is for this reason that all members must be familiar with the duties of the chair, so they can know if they are being carried out. Under the principles of parliamentary procedure for nonprofit boards and governmental bodies, the group is the final authority, and the chair is the servant of the group.

Your group needs and deserves a functional and ethical chair. Meetings are the only place business takes place. If meetings are not fair, if they become contentious, confrontational, and stressful, then it is not likely that the business that takes place within meetings will be fairly carried out. This kind of environment discourages people from speaking, and discourages other kinds of participation.

This may come as a surprise, but is the responsibility of ALL members to enforce the rules, not just the chair. If members are not too familiar with Robert’s Rules, they ought to be willing to learn how parliamentary rules work, so they can become more adept at recognizing when things are going well, and when they are not. Members should be comfortable and ready to make a Point of Order or Appeal when it comes to member rights being violated, or to make a motion to replace the chair—either temporarily or permanently—if the need arises.

Removing a chair who is being a bully

Jurassic Parliament describes the process to remove the chair during a meeting in the article below. If you wish to remove the chair permanently, first consult your bylaws, which take precedence over Robert’s Rules. On some nonprofit boards, the board can remove officers from office by a two-thirds vote or a majority of the entire board. In other cases, the matter is more complicated. You may need to consult an attorney to help interpret the bylaws correctly, and make sure there are no missteps that might put someone at risk. For local government bodies led by an elected official, you may not have the option of replacing the chair.

Nicole Schenk is a Southern California native and a student of parliamentary procedure. She served on a board for five years, encountering many parliamentary questions and challenges. Her search for answers and solutions led her to Jurassic Parliament, where she now serves on the team, helping to empower people to have better, more efficient and more productive meetings.