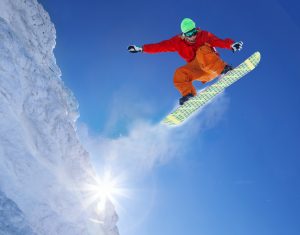 The motion to Suspend the Rules is a trap for the unwary. Be careful in using this motion and avoid doing things that may get you into big trouble.

David Baker, Mayor of Kenmore, Washington, once said to me, “The rule is there for a reason. When you suspend the rule, you give up on the reason, and you don’t know what may happen as a result.” Experience in meetings has led him to recommend that city councils avoid the use of Suspend the Rules if at all possible. Nonprofit boards should also be very cautious.

You can’t use this motion to:

Let’s examine these, and then talk about what you CAN do with Suspend the Rules.

Your organization is governed by the laws of your state, if you are a local government, or the state in which you are incorporated, if you are a nonprofit organization. Procedural rules established by state law cannot be suspended. For example, if your state law says that a majority of the board directors present must vote in favor for a motion to pass, you can’t suspend that rule.

If your organization suspends the rules and takes action that contravenes such provisions, the action is null and void.

We sometimes hear of cases where a person says, “Let’s suspend all of Robert’s Rules!” No, no and no again. This cannot be done. The motion Suspend the Rules is not an invitation to ignore the parameters set by your organization and do whatever you want.

Constitution and bylaws cannot be suspended, no matter how many people want to do it, or how inconvenient the provision is.

A reader writes describing how the club bylaws required that officers should be employed full-time in the profession. The president was due to retire and wanted to continue serving as president until her term ended. We advised her that the club could not suspend the bylaws in order to do this. They would have to amend the bylaws to achieve this purpose.

There are two exceptions:

C. Alan Jennings, PRP, says that this exception is narrow. The only rules it allows to be suspended are:

This happened to me when a public hospital board was facing a set of 32 bylaws amendments. The president preferred to have the parliamentarian run that portion of the meeting in the interest of efficiency. The board voted by 4-1 to suspend the rules and allow the parliamentarian to preside. (I’m happy to report that we did work our way through all of the amendments in a single evening—though it was late when we finished!)

There are certain fundamental principles of parliamentary procedure that can’t be suspended.

Exceptions: Sometimes bylaws allow for such penalties. And if a member is under disciplinary proceedings, the rules are different.

The standing rules state that the board of directors may authorize the organization to make grants of up to $500 to charitable organizations that qualify. A director is gung ho to give $1000 to the local Rotary. The rules can’t be suspended to do this.

When can you suspend the rules?

In some situations it is fine to suspend the rules. A member must be recognized to make this motion, it needs a second, it cannot be debated or amended, and it usually takes a two-thirds vote. The usual form of the motion is that the member moves “to suspend the rules in order to do [whatever action is desired].”

If your council has a 30-minute limit for public comment, a member could move to suspend the rules to give 15 minutes more, so citizens who are waiting can speak. If the board needs a few minutes to finish up a pending item, it could suspend the rules to extend the meeting.

Another significant use of Suspend the Rules can occur when the person running the meeting refuses to follow Robert’s Rules, abuses their power, or acts in an arbitrary manner. The group may temporarily replace the chair, for that meeting only, with another presiding officer expected to act in accord with the will of the assembly. Read our blog post, “Removing the chair during a meeting,” for more on this issue.

Sample script to suspend the rules

Member A:  I move to suspend the rules in order to extend our meeting time until 10:30 pm.

Chair: It has been moved and seconded that we suspend the rules in order to extend our meeting time until 10:30 pm. This motion cannot be debated and takes a two-thirds vote. All those in favor, please raise your right hand.

Chair: Thank you, hands down. All those opposed, please raise your right hand.

Note that a two-thirds vote should not be taken by voice. Read our blog entry on this here.

Often everyone is in agreement with a proposal to suspend the rules. If this is the case, the chair can use unanimous consent to move ahead. Read about this very useful technique in our blog post here.

Avoid this language in city council rules of procedure

We sometimes see language like this in city council rules of procedure:

Any provision of these rules may be temporarily suspended by a two-thirds vote of the council, except when suspension would conflict with state law or city ordinance.

This seems to us to be too broad. It could result in problematic actions. We recommend something along these lines:

The council may vote to suspend the rules as authorized in Robert’s Rules of Order, except when such suspension would conflict with state law or city ordinance.

Use Suspend the Rules appropriately

A political party had a rule that no endorsements could be made at convention. However, they frequently suspended the rules to allow such endorsements. Don’t do this! If your group uses this motion frequently, consider amending your bylaws or standing rules as a better way to achieve your goals and keep your actions congruent with your stated purposes.

Learn more on Suspend the Rules

We’ve tried to offer clear examples here, but sometimes Suspend the Rules gets into murky waters. Robert’s Rules of Order Newly Revised, 11th edition, covers the motion Suspend the Rules on pp. 260 to 266. You may find it useful to study these pages, see more examples, and learn more about the nuances of this challenging motion.