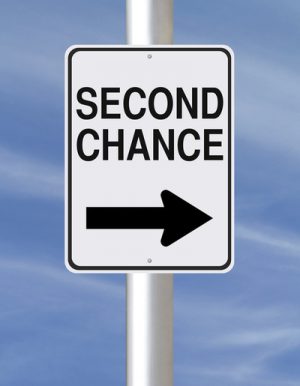 Robert’s Rules of Order is quite strict about dealing with something once in a meeting and moving on. If a motion has been defeated, the only way to bring the same motion up again during that meeting is to move to reconsider the motion. You have to have voted with the prevailing side—the side that won the vote—in order to move to reconsider. The reason is pretty obvious. We don’t want to have a disgruntled minority bringing up something over and over again during the meeting. Read more about “reconsider” here.

Renewing defeated motion at another time

However, Robert’s Rules is wide open about bringing up a defeated motion at a future meeting. This is called “renewing the motion.” It is fine for a member, at the proper time in a meeting, to reintroduce a defeated motion—to renew it. (Note that if the meeting is one in a series of meetings making up a SESSION, a motion cannot be renewed during that session. Read more about meetings and sessions here.)

We advise putting in some thought before taking such an action. it is a basic principle of the democratic process, after all, that the decision of the majority, voting at a properly called meeting, is the decision of the body as a whole. The minority must make it their own.  A board that regularly second-guesses its decisions and revisits issues that appeared to be settled runs the risk of wasting time, getting stuck in endless process, and alienating its members. But readers should know that this is a possible step for them to take.

Is renewing a defeated motion wise?

Survey the landscape before you do this. If the board turned down your pet project in September, has anything changed in October? Or will you come across as a “Johnny one-note,” harping back to the past?

You can pass a special rule of order about defeated motions

In at least one city, this became such a problem that the council passed a rule saying that a majority of the council had to agree to renew any motion that had been defeated within the previous year. This was a way to clear the decks for new business. It is easy to establish such a rule as a “special rule of order.”

Read our blog post on “What is a special rule of order in Robert’s Rules” to learn how to do this. And read Robert’s Rules of Order Newly Revised, 11th edition, pp. 336-342, for more details on renewing a defeated motion.