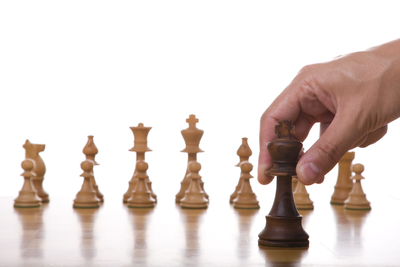 As readers know, in a small board (up to about 12 people), it is fine to discuss an issue without having a formal motion on the table. Many of our nonprofit boards do this. A topic is listed on the agenda, and people kick it around before coming to a consensus about what to do.

It’s different in a large assembly (“assembly” is the jargon word for a board or membership meeting). According to Robert’s Rules of Order, you must have a motion—a proposal for action—before any discussion begins. Large groups that run their meetings “according to Robert” follow this rule, and propose a motion to kick off the action. Many local government bodies, whatever their size, have found that it works best to start discussion with a motion.

Who proposes a motion?

Perhaps the staff has prepared a proposal, and a draft motion is included in the agenda. It is only a suggestion until a member moves the motion, and the group begins its discussion of it.

But if there is no proposal to start with, you can set the parameters of the discussion by making the motion yourself. Getting in there and making a motion is a power move—it defines the question that the group will consider.

Example of making a motion

If you have a clear objective in mind, at the right time in the agenda, make a motion! Suppose your club has some reserves and is considering which charity to support. You would like to have the club donate $500 to the Humane Society. Under the agenda item “Donations to charities” you get recognized by the chair (given permission to speak). Then you say, “I move that the club donate $500 to the Humane Society.” That’s all it takes!

Note the clean simplicity of this. Three little words:  “I move that…” followed by whatever action you want. People sometimes get tripped up by mingling their ideas with the motion, or being vague about their proposal:

It’s really important that we support our local nonprofits and I move that we give some money to the Humane Society, maybe $500 would be about right, to support them and make sure that their important work continues to benefit our community, after all, they are making a huge difference in the lives of all our animal friends…

It is your job, as the proposer of the motion, to state your motion clearly and, if requested by the chair, to write it down. You can ask for a few minutes to do this. You can also ask the chair’s help in formulating the motion.

Once the motion has been moved, seconded, and stated by the chair, you will give your reasons during the discussion. As the maker of the motion, you have the right to speak first.

Other members may propose amendments (changes) to the motion, but you have defined the terms of the discussion, and seized the high ground for the group to tackle your proposal.

Making a motion under “new business”

Members also have the right to make motions under the agenda item “new business.” Sometimes this can be a problem. It’s not a great thing if a member, out of left field, suddenly proposes something that has not been thought about or researched! Most organizations want to deliberate about their proposed course of action before committing to it. A large nonprofit or association will have fiscal and staffing issues to consider. In order to avoid this situation, many bodies have policies about how items are proposed for the agenda. We offer a “Board Action Request Form” that helps a nonprofit do the prep work for thoughtful consideration. And of course, local government bodies must follow their notice requirements.

Another problem arises when there are several competing ideas about what should be done. It almost seems unfair if one person gets to define the question before everybody’s ideas are heard. Read our article Make better decisions using the Exploratory Round Robin to learn how to get all suggestions on the table before taking any action. We developed this method for Seattle Children’s Research Institute, and it has proven very effective for them.

Use “filling the blank” to choose among several options

If members have differing ideas about how much money should be donated, or who should receive it, there is a special technique you can use to choose among a list of options. Read our article here.

Any member has the right to make a motion

Remember that any member has the right to make a motion. Learn about this in Weldon Merritt’s article, Rights and Responsibilities of the Member.

You can read more about processing motions in our article here, and about agendas here. The different rules for small boards are described here.

Jurassic Parliament promotes Robert’s Rules as a tool for better meetings. People who understand how the rules work will have a better shot at achieving their goals.