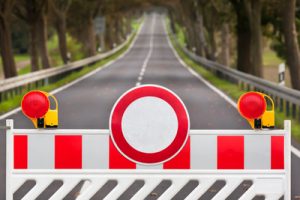 Guest post by Colette Collier Trohan on how NOT to do things by avoiding action in Robert’s Rules. Many thanks Colette for this useful summary!

Have you ever been in a meeting and had the sinking feeling there was no good path forward? If the motion was adopted, perhaps it would inadvertently send the wrong message – and the same was true if it failed. Even if the motion is on the floor for debate, there are several ways to avoid taking action on a motion. Here is a description of the three most common options and their effects.

Lay on the Table

An example often used is when there is a special presentation but the speaker has a limited window of time available to present. As a courtesy, the assembly would set aside the current activity so it can hear the speaker’s presentation. A confusing aspect of this motion is that, once a motion is laid on the table, it hovers ready for action for the rest of the meeting and during the next meeting (with a technicality that the next meeting must be that month or within the following three calendar months). If no one moves to take the motion from the table by the end of the next meeting, it withers and dies. The motions to Lay on the Table and Take From the Table are not debatable and requires a majority vote.

Postpone to a Definite Time

The second option is to Postpone to a Definite Time, which does just what the name implies. Like Lay on the Table, the postponement can be to a time during the meeting (or after an event, such as the membership report) or to the next meeting (with the same time limit as above). The difference between Lay on the Table and Postpone to a Definite Time is that a postponed motion will come back automatically – no further action is required by the assembly. At the appointed time, the chair simply calls up the postponed motion and consideration resumes at the point at which the motion was postponed. If postponed to the next meeting, it becomes a “general order” for the meeting (which is under the category of “unfinished business and general orders”).

The least known option is the motion to Postpone Indefinitely. Henry M. Robert III once said he had wanted to rename this the motion to Take No Action, a much more descriptive name. The lowest of the ranking motions, if a motion is postponed indefinitely it is comparable to the assembly’s deciding to abandon the pending motion. The motion is neither adopted nor rejected. If postponed indefinitely, the motion cannot be brought up again during the same meeting; however, it can be brought back as a new motion at any future meeting. Postpone Indefinitely is fully debatable, including debate about the motion to which it applies. A majority vote is all that is required.

There will be times when avoiding taking any action is the best option, so it’s important to learn how to use these tools.

Read Table, Postpone, or Postpone Indefinitely for more on this topic. 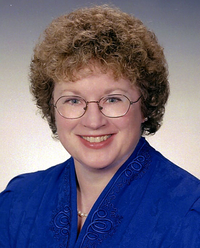 Colette Collier Trohan is the president of A Great Meeting, Inc., a company dedicated to developing, publishing and providing materials and services to help people have great meetings that are fair, well-organized and productive. Every month, A Great Meeting publishes a new Snippet on meetings, leadership, or parliamentary procedure. Subscribe below to receive them.

Read “Duty of care is critical for nonprofit board directors” for another informative post by our guest author.