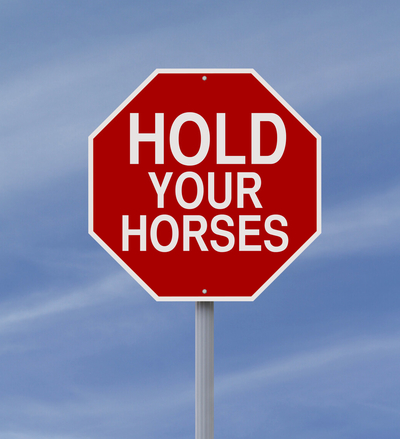 The motion “To Lay on the Table” is commonly shortened to “Table.” This is a motion that is often misused. The correct use of this motion is to put a Main Motion aside for a short while because some other more urgent business has arisen. It can only be made once a Main Motion is actually under consideration, and you can’t table a whole class of business.

Member: I move to table this motion.

Note that the preferred language according to Robert is:

Member: I move to lay this motion on the table.

Table has a high rank

This motion has a rank of 8 in the precedence of motions. (Read our article Precedence of Motions in Robert’s Rules for this concept.) It requires a second, it cannot be debated, and it takes a majority vote to pass. If it passes, the Main Motion is placed in the secretary’s care—on the secretary’s table, as it were. There is no set time to take it up again. The motion just waits until it is “Taken from the Table,” like this:

Member: I move to take the motion from the table.

If by the end of the next meeting the Main Motion has not been “taken from the table,” then it falls to the ground, and is functionally dead—but see below about killing a motion.

Don’t say “table until.” Move to Postpone instead

You can see from this description that when a motion is tabled, it has a special status until it is taken from the table. If on the other hand you want to defer this motion to a specific time, the correct thing to do is to move to Postpone the Motion to a Definite Time, like this:

The Motion to Postpone to a Definite Time has a rank of 5, needs a second, can be debated, and takes a majority vote to pass.

Want to kill a motion? Don’t use “Table!”

Another common mistake occurs when people move to table a motion in order to kill it. They imagine that this will allow them to sweep the motion under the rug, as it were, without having to take a formal vote. This is incorrect and can lead to this dialogue:

Member: I move to table the motion

Chair: For what purpose does the member seek to table the motion?

Member:  I want to kill it!

Chair: That is an incorrect use of the motion to Table. Would the member like to move to Postpone the Motion Indefinitely instead?

This is a rare instance where the chair may ask what a member is trying to do.

The name of this motion always makes me laugh, but the motion performs a useful function. Moving “to Postpone the Motion Indefinitely” allows a group to cease consideration of a motion when it isn’t desirable either to approve it or to defeat it. In other words, they decline to take any position at all. There may be political reasons why a body would rather punt on an embarrassing motion, and sometimes it’s wise to do so.

Member: I move to postpone this motion indefinitely.

This motion has the very low rank of 2. The body must have disposed of all the other subsidiary motions that could have been made, such as “Refer to Committee” or “Amend,” before making this motion. I’m always looking for good examples of this motion, so if you have one, please share it with us.

Motion to Postpone Indefinitely needs a second, is debatable, and takes a majority vote to pass. A motion that is postponed indefinitely is disposed of for this meeting. However, it can be brought up again (renewed) at a future meeting, if the patience of your group will bear it. Read about this in our article, Renewing defeated motion at future meeting.

Colette Collier Trohan has written an excellent summary of these three motions, with more specific details, in her article, Avoiding Action in Robert’s Rules, which are we are honored to share with you as a guest post here.

You may also find our article When can you withdraw a motion of interest.