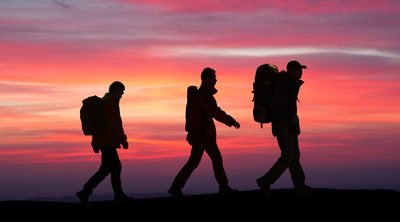 Several readers have written to me recently with questions about their authority as president of a nonprofit organization. It seems that Jurassic Parliament has been almost too successful at expounding the principle that during the meeting, the chair is the servant of the group, and the group is the final authority. These readers drew interesting but mistaken conclusions from this point.

Let’s start by looking at the three different duties of the leader of a nonprofit organization.

There are many different types of nonprofits. In a large nonprofit, the senior paid staff person—the chief executive officer or executive director—has charge of administering the organization. In a small nonprofit, however, the president may have the duty of managing or overseeing administration. In such a case, it is the president who bears ultimate responsibility for making sure that the minutes are up to date, the state nonprofit report has been filed timely, or the labor laws complied with.

The president will have the assistance of the board of directors and staff in carrying out this oversight duty, but the buck stops at the top.

In many organized societies, the president has duties as an administrative or executive officer; but these are outside the scope of parliamentary law, and the president has such authority only insofar as the bylaws provide it. Robert’s Rules of Order Newly Revised, 11th edition, p. 456.

The president will take many administrative actions without the board of directors. Unless the organization is very small, it’s impossible to administer everything by committee. When in doubt, check the bylaws, analyze the question carefully, and perhaps seek advice about the scope of your authority in the specific instance.

Ordinarily, it is the president of a nonprofit or the chair of the board who will preside at the organization’s meetings. This is the focus of Jurassic Parliament’s educational efforts. We aim to assist people who are in charge of a nonprofit or local government meeting by providing educational materials that clarify the extensive and detailed content of Robert’s Rules.

The person who is running the meeting—the presider—is responsible for ensuring a smooth and efficient process. Our article What are the duties of the chair? details the 11 duties listed by Robert.

We have found that in our society today, people often misunderstand the role of the chair of a meeting. They treat the presider as if he or she were the boss of the meeting, and often enough, the presider acts like the boss. This is wrong. The presider needs to be strict in enforcing a fair and democratic process, while leaving the decision-making to the group as a whole. See our article, The chair is not in charge of your meeting.

As I mentioned above, our promotion of this principle has led to some odd results.

At the same time, the president is more than a facilitator.  An effective president takes office with goals in mind. During and outside the meeting, the president articulates the importance of those goals and presents a vision of how to achieve them. This is especially the case in a membership organization like a professional society, or a cause-oriented nonprofit driven by personal passion.

We recommend that the president select no more than 3 goals for a year’s term of office. Everyone has limited time and energy for volunteer work. If you are too ambitious, you may not be able to accomplish anything. Select the most important targets and then pursue them.

These goals must be within the scope of the organization’s mission, and they must be realistic. Ideally, they are developed over a period of service on the board, when the president gets to know fellow board members, and to understand the strengths, weaknesses, threats and opportunities facing the nonprofit.

A certain amount of political savvy is also necessary. Twice in my career I’ve had nonprofit presidents ask me, “What should the president do if the board doesn’t go along with their vision?” My late husband had a great response—choose a solo act that doesn’t need other people!

Effective leadership depends on the personal relationships that the president cultivates with the board and the members. Jerry Harvey, the management guru who described the “Abilene paradox,” expresses it eloquently:

When I speak of leadership, I am describing what Elliot Jaques and Steve Clement call ‘that process in which one person sets the purpose or direction for one or more others and gets them to move along with him or her and with each other in that direction with competence and full commitment.’

In my view, the role of the leader is to articulate a vision clearly while staying emotionally connected to the members. It’s easy to do one or the other, but more challenging to do both at once. It requires confidence in yourself, your vision, and your authority; humility about your role; and openness to the group and its members. Edwin Friedman, author of Generation to Generation, says, “The person who can describe reality accurately without assigning blame will be the leader in any situation.” To me, this is the task of the effective president or chair.