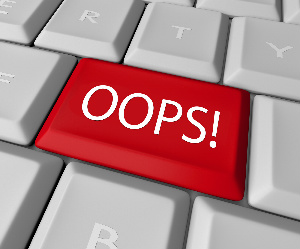 It seems that confusion is rampant about the “quorum” and related voting issues. Read on:

The Texas Central College Board of Trustees voted four to one to raise tax rates. Two of the seven members were absent, but five were present, making up a quorum. Since five votes were cast, and four is a majority (more than half) of five, all seemed copacetic.

However, it seems that Texas law requires that at least 60% of the entire board vote in favor. Four is 57% of seven, so the vote was invalid.

It also seems that somebody (the trustees? the reporter?) made an egregious mistake in describing the situation. The article, which you can read here, says that “a quorum, or the number of members present at a meeting, is sufficient for conducting a vote.” NO, NO and NO AGAIN! The quorum is NOT the number of members present at a meeting. Rather, it is defined as the minimum number of voting members who must be present for business to be done. It allows the body to proceed with its work, but says nothing about the vote itself. Read more about quorum here.

Ordinarily, a motion is passed by a majority of the votes cast. However, whenever law, regulations or the bylaws set a higher requirement, that must be followed. So it seems that the citizen who came to the meeting and protested against the action was correct.

They had a quorum, but should not have passed the ordinance

Similar confusion occurred in one of our Washington cities this fall. On a seven-member council, the mayor was absent attending a training course and the deputy mayor was sick. The remaining five members constituted a quorum. They took up an ordinance and passed it by a vote of three to two. The problem? In our state, a majority of the entire body (four) must vote in favor to pass an ordinance.

They had a quorum and two members in favor were enough

Sometimes you can take action with only a few members voting in favor. A Washington state planning commission had seven positions, of which one was empty and not yet filled—so six members were in office. At the meeting, two members were absent. With four members present, the body had a quorum.

What does your state law say about the quorum?

Obviously it’s critical to know your state law and any regulations that affect these issues. You can read more posts about voting and quorum here. Have you bumped up against a quorum problem? Let us know!

What is a quorum and why does it matter?

Counting the vote wrong is dangerous