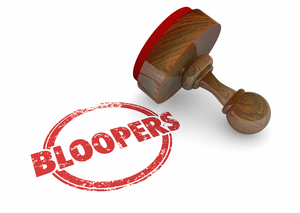 A recent news report described how a school board, realizing that no one had seconded the motion they approved, went back at the next meeting and voted on it again. This was a waste of time.

The purpose of “seconding the motion” is to be sure that at least two people on a board want to discuss the proposed action. Obviously if a board has passed a motion, at least two people wanted to discuss it, and did. A second is not a seal of approval or an “imprimatur” that must happen before action on a given proposal proceeds. It is just a way of confirming enough interest for discussion.

Similarly your board may have made some small mistake in Robert’s Rules in taking an action. Perhaps you allowed a member to withdraw their motion unilaterally, when most people wanted to continue discussion. Once a motion has been made, seconded, and stated by the chair, it belongs to the entire group, not to the member who made the motion.

Maybe the chair arbitrarily adjusted the agenda, postponing the topic of employee reviews to a future meeting, and no one spoke up. At the meeting, the group is in charge of its own agenda, not the chair.

Perhaps the chair, in calling for the vote, only asked for the votes in favor, and neglected to say, “All those opposed, please say ‘no.’” The chair must call for the negative vote, except in a few specific instances.

How to respond to mistakes in Robert’s Rules?

Robert’s Rules says that the correct way to object is to raise a Point of Order at the time of the mistake. If the members fail to do this, they have waived their right to object and tacitly accepted the outcome. The mistake does not invalidate the action taken.

What about mistakes in announcing the vote?

It occasionally happens that the chair hears a voice vote wrong, and calls the vote incorrectly. If everyone remains silent and the group moves on to the next item of business, the statement made by the chair is the official determination of the outcome, and stands as the action of the body.

In this particular situation, a member should loudly call out the word “DIVISION!” When this happens, the chair should take the vote again by having those in favor stand, and then those opposed stand. (Note that members are free to vote as they choose on this second attempt.)

Point of Order and Appeal are essential to address mistakes

Jurassic Parliament wants everyone to know how to use Point of Order and Appeal. In our view, they are essential to democratic action! Using them correctly requires education. Thank you, gentle reader, for educating yourself and your group on these critical rules. Rules, after all, are based on principles, and we study and follow them in order to act in a principled way in our meetings.

How to call the vote at meetings

Point of Order and Appeal are the heart of democracy

Unraveling the mysteries of “Second the Motion!”

When can you withdraw a motion?

You must call for the negative vote