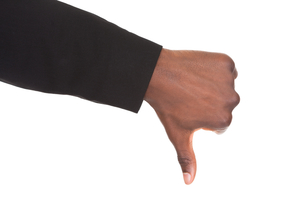 One of the surprising rules about voting is that when taking the vote, the chair MUST call for the negative vote—even if the chair is perfectly certain that there were enough votes in favor to pass the motion. This ensures that everyone enjoys their full right to vote, even if they are a member of a minority, or no one expected them to vote against.

The principle goes back to 1604, when King James I (of the King James Bible) and Parliament were butting heads.  The Journal of the House of Commons says, “It is no full Question without the Negative part be put, as well as the Affirmative.”

How to call for the negative vote

Two exceptions to requirement to call for the negative vote

An exception to this rule is when putting noncontroversial motions of a courtesy or complimentary nature. Even in such a case, however, if any member objects, the chair must call for the negative.

Another exception arises when the negative vote is intrinsically irrelevant as, for example, when “a vote on one fifth of the members present” is required, and the number who have voted in favor is clearly greater than one fifth of those present.

You can find the references to the negative vote on pages xxxxiv and 45 of Robert’s Rules of Order Newly Revised, 11th edition.