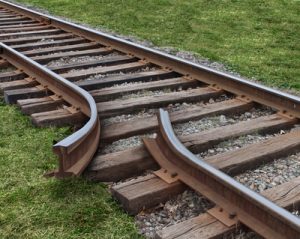 A client is running Zoom meetings for 300-400 members. Not surprisingly, the meetings are challenging! People fail to follow common courtesy, Points of Order are rife, sometimes discourse collapses.

It doesn’t have to be that way. Jurassic Parliament has developed a set of “sample Zoom rules,” based on Robert’s Rules of Order and adapted to our modern conditions. Rules from my professional association, the Washington State Association of Parliamentarians, form the bedrock of these rules, but they have been modified to serve people who are less familiar with parliamentary procedure.

The traditional methods of dealing with disruption don’t always work well online. It can be hard for a member to catch the presider’s attention in order to raise a Point of Order (read about Point of Order here). And under Robert’s Rules, if a member is being disruptive, the chair does not have the right to mute or remove that member on their own authority. It’s the group as a whole that has such power. We’ve seen, however, that sometimes members are persistent in disruption, and it is time-consuming to remove them by order of the group.

These sample rules give the presider the power, subject to Appeal (read about Appeal here).  Here is the relevant paragraph:

Members are obligated to follow these rules, to observe proper decorum, and to refrain from disrupting the meeting. The chair may direct the muting of a member’s connection or ejection from the meeting of any member who persists in disrupting the meeting by making dilatory or frivolous motions, speaking when not recognized, making inappropriate remarks, or otherwise failing to follow these rules. The chair’s decision to do so is subject to an undebatable appeal that can be made by any member, must be seconded, and is decided by majority vote. The results of the vote on an appeal will be announced during the meeting and recorded in the minutes.

Since these Zoom rules are different from the default disciplinary provisions in Robert’s Rules of Order, your organization must adopt them in order to use them. Feel free to download them and modify or adapt them as your organization prefers. If you would like a copy in Microsoft Word, contact our office.

One additional note: Robert’s Rules of Order does allow a presider to order a guest removed from a meeting. However, if you are a local government, you will want to be careful in removing a disruptive member of the public from your online meeting, since there may be First Amendment issues in play.