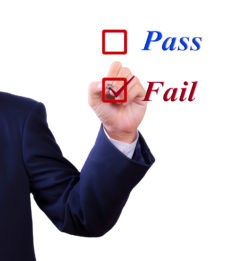 What happens when a vote is tied? Here are a few angles to this question. A reader writes:

I am the Vice-Chair of a small board—three people, Chair, Vice-Chair, and Secretary. We have dual roles.

One voted yes. One voted no. One abstained.

The answer is, “The motion is defeated.”

Under Robert’s Rules of Order, it takes a majority of votes cast (more than half) to pass a motion. Abstentions are not counted. In this situation, two votes are cast. One votes in favor, one against. One is not a majority of two. The motion is not approved, and no action has been taken. It is a tie vote, and it fails.

Role of the chair in tie vote

In some circumstances, the vote of the chair can affect the vote in a special way. Be sure to check the law, regulations, and bylaws pertaining to your case, since they will affect the outcome.

In a large board (more than 12 members), if the chair is a member of the body, when the vote is by secret ballot he can vote as any other member. For other votes on a large board, the chair can vote (but is not obliged to do so) whenever his vote will affect the result.

In a small board (up to about 12 people) the rules are different. Read our posting on small board rules here.  If you have laws, regulations or bylaws defining when the chair may vote, they determine what is possible.

If your authority is Robert’s Rules of Order and there are no laws, regulations or bylaws superseding it, this is the situation in a small board:

If you as a chair are allowed to do this, we recommend thinking hard about it before moving ahead. If opinion is deeply divided in your organization, it may be wise to wait, and try to build consensus before committing your organization to the given course of action.

If the law says, as it does in Washington State, that an elected mayor may vote IN CASE OF A TIE, then the mayor may not vote TO CREATE A TIE. Research carefully before you act.

Ordinarily, a tie vote in an election means that another election must be held. However, it is possible to include a provision in your bylaws that in case of a tie, the winner will be chosen by lot. Options include flipping a coin, drawing the long straw, or putting names in a hat.

Finally, the chair cannot vote twice, once as a member, then again in his capacity as presiding officer.

A single exception to this rule

There is one and only one exception to this rule. When a motion is made to appeal the ruling of the chair, if the result is a tie, the chair’s ruling is sustained. You can read more about appeal here.

Have you had interesting situations when there is a tie vote? Share your story with us!

Posted in Voting and Quorum and tagged authority, duties of chair, ground rules for meetings, parliamentary procedure, Robert's Rules of Order, tie vote, voting
← Don’t say “so moved” or “same sign”The board booted me out – but can they? →