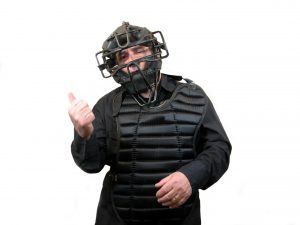 A reader writes that he was voted off the board of directors of his neighborhood association. On investigation, it turned out that the board didn’t have the right to remove him. The director was reinstated. What are the rules about removing a director of a nonprofit organization?

In order to answer this question, you have to know:

Let’s look at each of these aspects of removing a nonprofit director in turn.

State law about removing a director

Often people neglect to pay attention to the laws of the state in which they are incorporated. State law governs here, so if there is reference in the relevant statute to removing a director from the board, that will be your first point to consider.

Bylaws about removing a director

Bylaws may speak about this this. Whatever the bylaws say must conform to the requirements of state law. There is a principle that should be written into your bylaws, though it is not always included: the body that selected the director for the board is the body that has the right to remove him or her.

So if the members of your nonprofit elect the directors, only the members can remove them. This can be a challenge if you have a difficult director whom you would like to remove, because you’ll need to hold the equivalent of a “recall election” to do so. Robert’s Rules gives details.

On the other hand, if the board itself selects its members, then the board has the right to remove a director, provided whatever process set down in the bylaws is observed.

We recommend that nonprofit organizations in which the board appoints its own members include a provision in their bylaws authorizing the board to remove a director by a two-thirds vote for any reason deemed sufficient to the board of directors.

Robert’s Rules of Order on removing a director

Robert’s Rules of Order Newly Revised, 11th edition, the official text of Robert’s Rules, describes the process to be followed on pp. 653-654, “Removal from Office.” A key point to consider is the language of the bylaws under which the individual was elected. If there is no other provision in the bylaws about this, then Robert’s Rules offers the following guidance:

It’s surprising that a single conjunction, “OR” versus “AND,” makes such a difference!

Finally, if it is the president whom you wish to remove from office, you will likely need professional advice from someone knowledgeable about Robert’s Rules of Order and the law.

Has your board faced such a situation? Let us know!

Additional note: Jan Masoaka of Blue Avocado has written an excellent article entitled “Four Ways to Remove a Board Member.”  Access it here.