A council member called me recently with one of the most common errors people make about Robert’s Rules of Order.

She said, “We have a really controversial vote coming up, and if someone abstains, that counts as a ‘yes’ vote, right?” 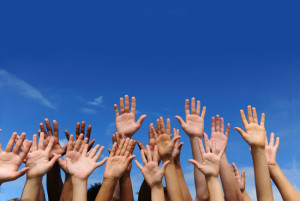 Under Robert’s Rules of Order, you can vote “aye” or you can vote “no,” but you can’t vote “abstain.” To abstain is to do nothing. It is not a vote.

If you abstain, it can have different effects, depending on the situation that pertains.

Sometimes, to abstain has the effect of supporting the majority position.

Example: Your 12-member board of directors is unhappy with the executive director and wants to fire him. Six members are in favor and five are opposed. You agree that he has made a mess of things, but you are a personal friend, so you abstain from voting. If you had voted “no,” the vote would have been six to six, a tied vote, and would have failed. Because you abstained, the executive director gets the sack.

Sometimes, to abstain has the effect of undermining the majority position.

Sometimes, to abstain has no effect.

Example: You serve on a 21-member board of a local housing authority. They are considering a new rule banning pets in the facilities. 15 members vote in favor, five vote against. You abstain because you think that the board is micromanaging. If you had voted “yes” or you had voted “no,” neither vote would have made any difference. Your abstention has no effect.

People seem to be very confused on what “to abstain” means. Keep this little cheat-sheet handy, and you’ll be able to shed some light amidst the darkness. And if you have any particularly juicy instances, please don’t hesitate to share them with us by writing here!

MRSC (the former Municipal Services and Research Center) of Washington has published a helpful article on abstentions that you can read here.

Posted in Voting and Quorum and tagged abstain, highlight, recusal
← You have to relax to leadDefusing the fear factor in meetings →