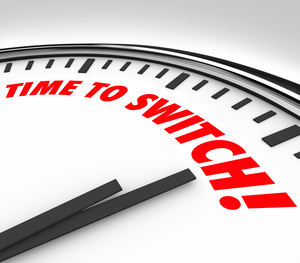 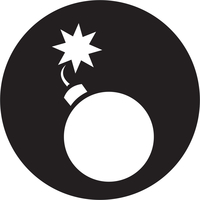 We’ve had inquiries recently about elected officials who lost a vote, and then actively worked against the outcome. This amounts to trying to sabotage the council. It is wrong, wrong, wrong.

General Henry Martyn Robert, the original author of Robert’s Rules of Order, expresses it this way:

The great lesson for democracies to learn is for the majority to give to the minority a full, free opportunity to present their side of the case, and then for the minority, having failed to win a majority to their views, gracefully to submit and to recognize the action as that of the entire organization, and cheerfully to assist in carrying it out, until they can secure its repeal.  Quoted in Robert’s Rules of Order Newly Revised, 12th edition, p. xlvii

This is a fundamental principle of our system of government. It is embedded in our common law heritage, and our entire society. Government and its administration cannot function optimally, cannot best serve the citizens, and cannot advance, if the very people who are elected to serve choose to pursue their own private views against the decision of the body they belong to. When elected officials “go rogue” and work against their organization’s action, they are violating their fiduciary duties of loyalty and obedience. Even more, they are assaulting the foundation of our democracy.

For these reasons, we consistently tell officials: If you lost the vote, you have an obligation to accept the vote as the decision of your body. Your agreement to serve as a public official carries with it the duty to support the fundamental principle of our system of government. You may express your disagreement in public (see our article Criticizing a board decision in public). However, you should not take a single step to undermine the decision, because that would harm the organization which you have a duty to serve.

Is somebody trying to sabotage your council?

If you are dealing with such a situation, we recommend getting advice from your attorney about the law in your state. Review your bylaws and this quotation from Robert’s Rules of Order:

An organization or assembly has the ultimate right to make and enforce its own rules, and to require that its members refrain from conduct injurious to the organization or its purposes. Robert’s Rules of Order Newly Revised, 12th edition, 61:1

Once you are armed with the law and the rules, discuss the matter with the independent-minded member in private (if the sunshine laws in your state allow two members to have a private conversation). They may need help understanding the issue. Explain what is wrong with their attempt at sabotage, and show the importance of allowing the body’s action to stand. If that doesn’t work, it may be necessary to bring it up at a public meeting of your council or board. And if public shaming fails to have any effect, you may have to sanction the member (see our article, Sanctioning rogue board members).

Being elected limits actions you may take

American individualism is a great thing, but when you accept election to a local governmental body, you give up some of your First Amendment rights and some of your freedom of action. You agree to put the welfare of the organization above your own interest. You agree to compromise. You agree to follow the rules your body has adopted. And you agree that the entire body chooses its course of action, not any one self-interested individual. It ain’t easy! But it’s the American way.

Examples of attempts to sabotage

Here are instances I have encountered of attempted sabotage when someone lost the vote:

Have you had to deal with attempted sabotage? Let us know!