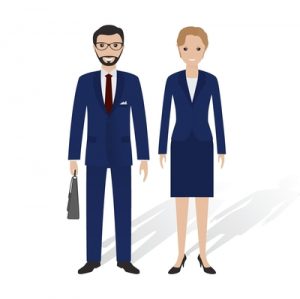 Nonprofit organizations, like many voluntary groups in our country, struggle to locate and recruit adequate leadership. People are living such busy lives, with the demands of work, family, and personal well-being, that they find it a challenge to take on a leadership role. When there is a dearth of candidates to lead an organization—and often there is—it is tempting to think of having co-presidents, two people who share the role. Is this wise?

I’m going to jump the gun here and give a straight answer: No, it is not wise. Co-presidents for your nonprofit board are a bad idea. Here are the reasons.

Someone has to decide

One of the basic jobs of a president is to make decisions. Throughout your term as president, questions will come up that must be addressed. While you will put the big questions to the board of directors, there are dozens of other items that go with the day-to-day running of an organization. If you are blessed with a staff, you’ll confer with your executive director about the questions, of course being careful to observe the boundaries around the executive director’s role and responsibilities. If you are on a working board, you’ll have to make these decisions yourself.

When two people are charged with these decisions, the whole apparatus slows down. It sometimes happens that one person becomes “the decider” and the other person goes along. In that case, you might as well have a president and a vice-president. If that split of responsibility doesn’t happen, it’s all too easy for decisions to fall between the cracks, with resulting waste of time and energy, loss of direction, and harm to the organization. Time just dribbles away. (See our article 3 major pitfalls for nonprofit boards for more.)

Someone has to lead

Human beings, like our fellow primates, are social creatures who need a leader. It isn’t feasible in any group to have all the members meet together to decide on everything that needs to be done. Instead, we put our trust in the leader of the organization. By definition, this is a single person. The newly-elected president steps into the role with certain advantages of good will and deference. Hopefully the president continues to earn that goodwill and trust by acting in a manner that serves the organization. A leader serves as a single focus of attention, energy, and interest. When two people are supposed to be a single focus, the focus fractures.

We know that elections and voting are an imperfect method of selecting our leaders. However, for our society, they are better than the alternatives of appointment by a higher authority or sheer force. When the members vote for a leader, they endow that leader with authority. Having a split in the position at that top weakens authority and dissipates its power. The emotional commitment on which true leadership depends just isn’t there.

Robert’s Rules recommends against this

Robert’s Rules of Order Newly Revised, 12th edition, gives a succinct explanation of why co-presidents are a bad idea:

The anomalous title “co-chairman” should be avoided, as it causes impossible dilemmas in attempts to share the functions of a single position. 13:17

It’s tempting, I know, to try to share out responsibilities. (If you feel that you have to do this, note that your bylaws must allow it.) We recommend sticking with a single individual as leader if you possibly can.

Contact us if you would like to request an article, written by a colleague, giving more details about the challenges of co-chairing.

To learn more about your leadership role, read our article, What can a president do without the board? Thoughts on leadership.