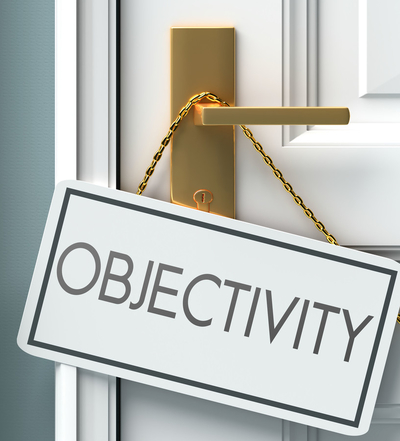 What can you do when your colleagues on a board or council say things that you find offensive? What if they are making subjective statements that hurt your feelings? We are living in tough times for civility. People feel free to say things during meetings that can be offensive and challenging.

Robert’s Rules of Order offers a simple solution to the problem of subjective, offensive or hurtful remarks during a meeting. It works like this:

So the objective answer to “what can I say?” is that the group, by majority vote, decides. (Note that this applies to discussion by the members, within the group, and not to any comments made by the public at a local government meeting.)

Sometimes this feels unsatisfactory! We wish for an outside authority who will settle the matter on our behalf. But it is fundamental to parliamentary procedure, as part of our common law heritage, that the group is the final authority (under the aegis of the law, of course). When there is a majority vote taken at a properly called meeting of your board or council, that is the decision of the body.

Note that the majority has the right to make poor decisions! The vote could be wrong from your perspective. But this method has the advantage of providing an objective answer to subjective questions such as “can he or she say that?”

Here is how it all works

It is desirable for the group, in those bylaws or rules of procedure, to adopt a parliamentary authority. This is a specific set of rules that governs your meetings. The most common parliamentary authority is Robert’s Rules of Order Newly Revised, just published in its 12th edition. If you have adopted Robert’s Rules in your bylaws, then you are governed by its rules, which go into careful detail about what may and may not be said. Read Inappropriate remarks on nonprofit boards and Inappropriate remarks on local government councils.

When an issue arises, the chair may “call the member to order” to remind them not to use such a term. If the chair fails to act, a member may make a Point of Order. The chair then issues a ruling as to whether the Point of Order is well-taken (correct) or not. If any two members disagree with the chair, they can appeal the ruling. One member makes the appeal and another seconds it. The group then votes on the appeal to decide the outcome. Read more about Point of Order and Appeal here.

The chair can also turn immediately to the group to decide. Say a member uses the term “mugwump,” and another member believes that this word is an insult. The member may raise a Point of Order. In this case, the chair might turn immediately to the group to decide the question. (Note that when a question arises about decorum or correct language, it cannot be debated—a very wise rule, in our opinion!)

Sample Script for Turning to the Group

Members who agree that it is an insult:  Aye.

Chair: All those who believe that the term “mugwump” is not an insult, please say “no.”

Members who do not agree that it is an insult:  No.

Chair [if the ayes win the vote]: The ayes have it and the term “mugwump” is an insult. It may not be used in our meetings.

Chair [if the noes win the vote]: The noes have it, the term “mugwump” is not an insult, and it may be used at our meetings.

The results of this vote, and of Points of Order and Appeals, should be recorded in the minutes as precedent for the future.

Finally, even if you haven’t adopted a specific parliamentary authority, the courts have found that the principles of common parliamentary law are applicable to boards of directors and local government bodies.

In some ways this system fails to answer our emotional need to be right, and to have our righteousness confirmed. However, it is a powerful and simple way to settle difficult questions. And if you lose such a vote, you have the comfort of knowing that you are following the best practices that have ever been established to govern the way that human beings of equal status relate to each other.