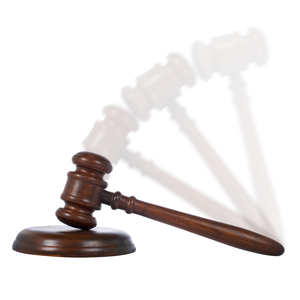 “Can City Council President Ben Stuckart really shut down a meeting whenever he wants?” runs the catchy headline. The answer, of course, is NO!

This week’s Inlander, a Washington weekly publication, reports that a citizen was using profane language during a meeting of the Spokane City Council. He refused to stop on the council president’s demand, so the president unilaterally ended the meeting. The president is quoted as saying, “I can cut any meeting. That’s why I have a gavel.”

This is simply wrong. Robert’s Rules of Order gives three ways to adjourn (shut down a meeting):

If there’s a riot, shut down a meeting

Riot, in this example, means physical danger. It does not mean unpleasant words. In one of our Washington cities a couple of years ago, the public comment period became a little unruly. When a citizen compared four councilmembers to “the four horsemen of the apocalypse,” the chair ended the public comment period and the meeting. An ethics complaint was filed, and after investigation, the chair was censured for the action. (See our “Guidelines for Public Comment in Local Government” for more information on the issue of language in public comment.)

In another instance, a school board executive session became so unruly that the police were called. Afterwards, the board president issued a statement saying “only the chair can adjourn the meeting.”  Wrong again!

Procedure sometimes seems removed from real life, but when a chair wants to shut down a meeting, knowing the limits of their authority is an important safeguard.