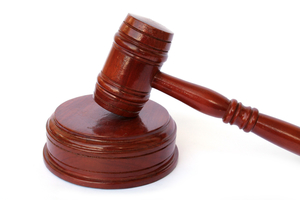 We see so many instances of rude behavior in public life today that it is not easy to keep our bearings about civility. Polite people who have been well brought up sometimes feel stymied when public discourse disintegrates.

Thus, it might be helpful to review some circumstances in which people should be interrupted during a meeting. In general, interrupting is not allowed, but sometimes we have to interrupt a speaker in order to preserve politeness and fairness for all. Note that these guidelines apply only to the members of the body— the elected or appointed councilmembers or board members—and not to members of the public when they are speaking at a local government meeting.

A speaker who is rude and offensive.

Speakers who make personal and insulting remarks or show discourtesy in other ways must be stopped. The chair of the meeting has the responsibility to do this, even when it means interrupting. The gavel can be helpful here – a single firm tap will often be effective.

A speaker who breaks the rules.

When someone breaks the rules that your group has in place for conducting meetings, stop him/her. If members of the council are required to seek recognition from the chair, don’t let a councilmember blurt something out of turn. If you have implemented that supremely useful rule—that no one may speak a second time until everyone has spoken once—don’t let an old-timer have a second chance to talk while the newly elected is waiting patiently his/her turn.

A speaker who interrupts to make a “Point of Order” when a procedural mistake has been made.

When a member notices that a significant procedural mistake has been made, he/she should call out loudly, “Point of Order.” The chair has the duty to ask what the point is, and then to rule as to whether it is correct (the jargon term for correct is “well taken,” the term for incorrect is “not well taken”).

For example, if the chair has called for a vote without allowing any discussion, a member can bring this to everyone’s attention. Since a “Point of Order” must be made in a timely manner, it can interrupt a speaker.

If a chair fails to do anything in the situations listed above, an ordinary member of the group can use this motion to take action and stop the offense.

A speaker who interrupts to call for a “division” when it seems that the chair may have made an error in announcing the result of a vote.

After a voice vote, the chair has the duty of announcing the results. If it seems that she/he may have made an error, any member may call out “Division.” The chair is then obliged to retake the vote in such a way that everyone can ascertain the results. On a city council, requesting a “roll call vote” will achieve the same result.

Under Robert’s Rules, these are the most significant instances in which a speaker should be interrupted. If your city council or other body has not adopted specific rules of procedure, it is still appropriate under common parliamentary law to use these techniques when things go awry.

And one final, and important, point. If you as a member, or as the presiding officer, decide to let some infraction of the rules go by and not raise a Point of Order to correct the error (or even if you don’t realize that there was an error committed at all), it will most likely be too late to do anything about it later on. Most Points of Order must be raised very promptly right when the infraction occurs, or else it is just too late. There are a small number of very serious errors recognized by Robert’s Rules that can be corrected well after the fact, but these are rarely encountered.

Don’t let a false sense of not wanting to be a “troublemaker” cause you to delay interrupting and making your Point of Order. It is your right and duty to do so.