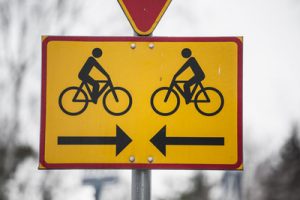 The basic principle underlying conflict of interest is easy to state but applying it in real-life cases can be complicated.

In a nutshell, when you accept a position on a local government body or a nonprofit board, you are obliged to put the interests of the organization above your own personal interest, and you can’t use your position for personal advantage. For example:

These are straightforward examples, but other cases are not always clear. Here are some thoughts on conflict of interest. As always, nothing in this article constitutes legal advice.

Conflict of interest on nonprofit boards

When it comes to conflict of interest on nonprofit boards, I appreciate the insights of Ellis Carter, who writes the Charity Lawyer blog. Her post on “Managing Conflicts of Interest” gives excellent advice. The rules of the Internal Revenue Service and good practice generally indicate that nonprofit boards should adopt a policy on conflict of interest and stick to it. There are abundant sample policies available for you to refer to.

Check and see if your attorney general has published any guidance for nonprofit boards, as the states of Oregon and Washington have done. And many states are fortunate to have educational nonprofit organizations that provide advice and counsel on tough topics.

Conflict of interest in local government

When it comes to local government service, your first step is to review the laws of your state. The National League of Cities and its constituent organizations can assist. There may also be academic or nonprofit organizations serving elected officials and staff. Here is a partial list. If you have others to recommend, write to us and we’ll add them in.

Your local governmental body may also be subject to an ethics code, rules of procedure, anti-nepotism rules or the “appearance of fairness” doctrine. It is your responsibility to know about these guidelines and to follow them.

If you serve on a local government body, and you’re not sure whether you have a conflict of interest, check with your attorney before the meeting at which the issue is scheduled for action. Attorneys may need time to review the matter in order to determine whether your conflict is genuine, or not.

Special considerations apply when a local government body is engaged in “quasi-judicial” activity, that is, when it is acting as a court. With land-use issues, you must be particularly careful not to engage in “ex-parte” communication, communicating with people who are involved in the matter outside your meetings. If your neighbor wants to bend your ear in the grocery story about his permit application, you have to say, “So sorry, I can’t discuss that with you.” Of course, you’ll make it clear that you are declining because it is your duty, not because you don’t like your neighbor.

Recusing yourself because of conflict of interest

If you determine that you do have a conflict of interest, then you “recuse” yourself. This means that you remove yourself from the decision. It is a special form of “abstaining” from the decision. Our post “If you abstain from a vote, what happens?” explains more about “to abstain” and “abstention.”

Different organizations have differing rules about recusal. Here are some variations:

With recusal, it is important to note in the minutes that the member recused himself or herself, and the reason.

Sometimes a recusal can lead to quorum questions. On a five-member commission, if two members have a conflict of interest, only three members are left to debate and decide the issue, which seems like a pretty small number! Here again practice varies.

Sometimes recusal is not enough

There are situations in which a local government official may have a conflict that simply prohibits the contract. In these circumstances, the contract would be void whether the official recused himself or herself or not. See the MRSC web page on Ethics and Conflict of Interest for how this applies in Washington State.

This principle prevents someone from holding two public offices that are “incompatible” with one another. More on this here from MRSC.

Some issues do not pose a conflict of interest

Note that under Robert’s Rules of Order, it is not a conflict of interest for a person to vote in favor of a motion that applies to the general class of which she is a member. For example, when I served on the board of the American Translators Association, a member of the Slavic Language Division thought that she couldn’t vote in favor of increasing the budget for the newsletter because she received the newsletter. This is incorrect.

As another example, in my home state of Washington, if a director of a public hospital district serves as an unpaid director on the board of a nonprofit organization, but is not an employee of that organization, such service does not pose a conflict of interest. The director is free to vote in favor of a motion pertaining to the nonprofit. It would be appropriate for the director to disclose the relationship for the sake of transparency and full disclosure, even if it is not legally required.

Sometimes conflicts also arise when a director for a local association serves on a national board, or a specific organization forms part of a risk pool, for example. It is the duty of such a person to put the interests of the national body or the pool over the interest of their own local organization.

Motions of censure or motions directed against the chair

Note that under Robert’s Rules, a member against whom a motion of censure has been raised may vote on the motion, unless the member is under disciplinary proceedings. Read more in our post, Sanctioning rogue board members.

When a motion is made and seconded that is directed against the chair, the chair should state the motion and then step down, requesting the vice-president or mayor pro tem to preside. The chair remains seated with the other members of the body until the matter is concluded and may vote. Details about this are given in Robert’s Rules of Order Newly Revised, 11th edition, pp. 395 and 652.

Closing thoughts on conflict of interest

It is interesting that Robert’s Rules says that a member SHOULD NOT VOTE on a matter of direct personal or pecuniary interest not common to other members of the organization; however, no member can be compelled to refrain from voting in such circumstances (p. 407). Remember, however, that Robert’s Rules has less authority than your organization’s documents and state and federal law. If there are specific rules that apply to you, follow them, not this dictum from Robert.

Have you encountered tough conflict of interest issues? We’d love to hear your story! Contact us here.