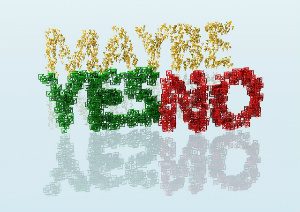 Today’s Seattle Times reports that a committee chair called the vote wrong on Tuesday. The Sustainability and Transportation Committee of the Seattle City Council was considering a proposal to rescue the Pronto bike-sharing program. Chair Mike O’Brien announced that the vote was tied 3-3, meaning that it failed. However, Council Member Debora Juarez actually voted in favor. See video here.

The record has been amended and now shows 4 votes in favor, 2 against. The motion passed and the Committee recommendation goes to the full Council.

When the chair called the vote wrong, what can you do?

First off, you should speak up. A member who thinks that there was a mistake in a voice vote can always say the single word, “Division!” The chair must then take the vote by a different method, so that it is clear how the results fall. In this instance, if someone had called for a division, the chair would have asked for a show of hands, and the 4-2 result would have been clear. The first round of voting is irrelevant, the second round is definitive.

If you don’t remember this particular maneuver, you can just raise a “Point of Order.” This motion is a claim that a mistake has been made. A member can make this motion at any time and can even interrupt a speaker if necessary.

The key point from a parliamentary perspective is that you have to act fast! If you believe that the chair called the vote wrong, you must bring attention to it BEFORE the next item of business is taken up. Robert’s Rules of Order is structured so that once the chair has stated the voting result and the body has moved on, the body must take special actions to change its decision.

Be prepared to act when the chair called the vote wrong

For a city council, Robert’s Rules is just the beginning, and other legal considerations take precedence. No doubt counsel advised that it was all right to change the record of the vote after the meeting had adjourned. But if the chair called the vote wrong in YOUR meeting, be prepared to speak right up! Make sure that an accurate result is announced. Democracy depends upon our knowing the procedures for fair and correct voting. You support democracy when you are informed.

Posted in Voting and Quorum and tagged authority, division, ground rules for meetings, tie vote, voting
← Keep the chair in line using appealWhen can you withdraw a motion? →