Are bylaws the be-all and end-all of organizational development? If you create good ones will a flourishing organization be the natural outcome? Probably not. Good bylaws are critically important, but you should also have:

The first version of Robert’s Rules of Order Newly Revised was titled Pocket Manual of Rules of Order for Deliberative Assemblies. Henry Martyn Robert not only outlined how meetings should be managed, but he also produced a structure, a constitution or bylaws (he says the words are synonymous) that hold an organization together.

As a result of a chaotic meeting in New Bedford, Massachusetts, Robert spent 13 years and traveled the breadth of this country. He observed groups and eventually published his pocket manual in 1876. It is the product of a genius. Learn to use it properly and your organization will be over one hump on the road to success.

The nine components of bylaws address the key structural issues that impact all organizations. When starting an organization, Robert has done the hard work. Many people are unaware of this resource and try to write bylaws without knowledge of the following:

To remember them, we offer the following mnemonic: NO MOME (mommy) CPA.

Frequently organizations leave out one or more of the above. Until January 2022, the Harris County Texas Democratic Party had no posted objective. People with no familiarity with the party who may have thought about getting involved had no idea of its formal purpose.

Bylaws are like a jigsaw puzzle; the parts must fit together. If your purpose and your name are contradictory, people may not choose to join. If the qualifications to run for office are not spelled out, you have a problem.

One might think that the easiest task is naming the organization, and then we take you back to 1844 and the founding of the Young Men’s Christian Association in London. Today, because the organization has evolved, everywhere on its website you see only “YMCA.” If you are a national or international organization, if you’re strong and have a clear objective, an acronym can be sufficient.

When our founding fathers were going about the task of writing the United States Constitution, they realized they needed to enunciate their objective. A delegate to the Continental Congress, a wordsmith from New York and Pennsylvania, Gouverneur Morris, is credited with writing the Preamble to the Constitution:

“We the people of the United States, in order to form a more perfect union, establish justice, ensure domestic tranquility, provide for the common defense, promote the general welfare, and secure the blessings of liberty to ourselves and our posterity, do ordain and establish this Constitution for the United States of America.”

Initially, Morris included the names of the original states. Receiving feedback, he recognized that for this aspirational document, this was cumbersome and limiting.

I hope this motivates you to be clear on your objective(s), and that you share them with current and prospective members.

These are no longer just human beings. They are people who subscribe to your objective(s), who pay dues if you have such, and who fulfill certain requirements of membership. They should know the bylaws which include their rights and responsibilities. If they violate them, they should know the consequences.

President, Vice President, Secretary, and Treasurer are the norm, but your organization may need many others. Examples: Historian, Parliamentarian. These positions have prescribed duties that should be included in your bylaws. You may determine that the president has the power to select committee chairs or to select them with the approval of the Board of Directors. One important item, the duty of the secretary to pass on the records to their successor, is not covered in Robert’s Rules of Order. To fix it, include this task in your bylaws.

In your bylaws, you don’t want to get too specific with the time and place of your meetings, but you want a general idea. You might say, for example:

Because bylaws, by design, are difficult to amend, you don’t want to get into the specificity of meetings here. Instead, put those details in your Standing Rules, where changes are easier.

VI. Executive Board, Board of Directors, or Executive Committee

This is a body that is smaller than all the members. It likely includes the officers: the President, Vice-President, Secretary, and Treasurer. If the president appoints committee chairs, you might not want those people on the Board. The power and duty of the Executive Board, a Board of Directors, or an Executive Committee should be spelled out in the bylaws. Some bylaws give this body the power to call special meetings.

When an organization is flourishing, it’s likely because it has effective committees. One organization, the Houston Livestock Show and Rodeo, has over 100 committees and over 35,000 members. Their primary job is to sell tickets.

Committee meetings can be very informal. In the beginning, the conversation can be about selling tickets. At the end, there may be great specificity. Motions in committees don’t need seconds. The full flow of ideas is welcome. Ending debate occurs when no one has new information. Bylaws should spell out how someone becomes the chair or a committee member and the length of their service.

Committees can have officers. Some committees are given power to act unilaterally. Standing Committees remain in perpetuity; Special Committees perform a specific task, make a final report, and go out of existence.

The gold standard is Robert’s Rules of Order Newly Revised, current edition.  This document focuses on meeting management and organizational development. I am using this book as my reference in this article. Robert’s Rules of Order covers the points summarized here. It also provides approaches for addressing inappropriate behavior.

The book is 714 pages plus three introductory sections. Instead of writing a similar document, you say in your bylaws that when your bylaws are silent, you defer to Robert’s Rules of Order Newly Revised, current edition.

To change your bylaws, establish a time frame for doing so. An example: Proposed changes to the bylaws must be provided to the members at least 30 days in advance. Notice must be given. Some percentage of the membership must endorse a vote to amend the bylaws. Typically, two-thirds of the votes cast must be in favor for the amendment to pass. Determine your own standard for change. Make it too difficult and you may never adjust an error; too easy and you may be changing your rules frequently and the membership might get lost.

Robert has done the hard part: coming up with the nine headers. You may add rules for Annual Conventions; Subordinate Clubs (Youth), Financial Rules, etc.

Standing Rules are housekeeping rules. As you see the need, you can create one for the dates of future meetings, conduct of membership meetings, etc. If you wish to vote to change a Standing Rule for one meeting you can do so by majority vote. To make a permanent change, a 2/3 vote or a majority vote preceded by advance notice is required.

Special Rules are rules that supersede Robert’s Rules of Order. They have higher authority. To create or change a Special Rule, you must provide previous notice and obtain either a 2/3 vote or a majority vote of the entire membership. Robert provides as an example, the right of members in debate on a Main Motion. Robert says that in a membership meeting, or large board meetings, you may speak up to two times for 10 minutes each. He says this may be excessive and suggests that you may want a Special Rule.

I recommend preparing and approving your standing rules and special rules at the same time that you write your bylaws. See Robert’s Rules of Order for details on all of the above. This overview should be persuasive but is not authoritative.

Final thought: Don’t be intimidated by articles of incorporation, constitutions, bylaws, standing rules, special rules, law or tradition. Creating bylaws is a first step. I hope that knowing this helps your organization flourish. 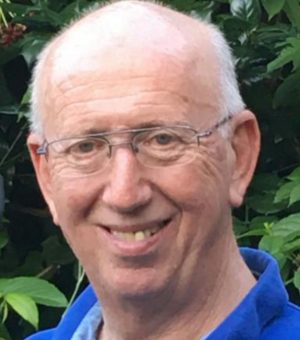 Ted Weisgal is the author of Robert’s Rules for Kids and Big Kids: A Guide to Teaching Children of All Ages the Basics of Parliamentary Procedure. Read more about his book here and purchase it on Amazon.com here.