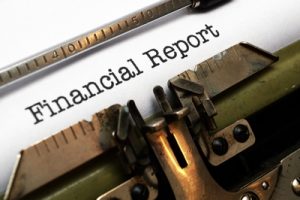 Boards and councils often fail to process reports correctly. When an officer or a committee submits a written report, the board usually should NOT vote to accept, adopt, approve, or receive it. Instead, the report is noted as received for filing. No action is necessary. The minutes simply state:

The clerk or secretary keeps the report in the organizational records. Ordinarily it is not a part of the minutes. However, when a committee report is of great importance or should be recorded to show the legislative history of a measure, the board can order it “to be entered in the minutes,” in which case the secretary copies it in full or attaches it to the minutes.

Why not vote to accept reports?

The reason for this guideline is that when a board votes to accept, adopt, or approve a report, it endorses its contents in their entirety. This led to a big kerfuffle a few years ago in the City of Bar Harbor, Maine. A group of citizens spent months preparing a substantial report on ways to manage the impact of the tourism industry. The city council voted to approve the report, but then did not implement its suggestions. Citizens were understandably upset.

This principle applies to financial reports as well. When your board receives the monthly treasurer’s report, you should not vote to approve it. A vote to approve indicates that the board stands by the report, whereas in fact, there is no foundation on which to stand. You have no way of knowing whether it is correct or not.

DO vote to approve the auditor’s report

At the end of the fiscal year, the treasurer will prepare an end-of-year report, which should be audited. If you are a large organization, this will be done by a certified public accountant. If you are smaller in size and budget, two members can be appointed as an audit committee. The auditors will review the numbers. If they find no irregularities, they will submit it to the board with the endorsement “Audited and found correct.” The board will then vote to adopt the report. Approval by the board relieves the treasurer of responsibility for the period covered by the report, except in case of fraud.

DO vote to approve bills to be paid

Sometimes boards receive a list of warrants or bills to be paid. This is different from an informational financial report. You are authorizing action in accord with your assigned responsibility, and so you will naturally vote to approve this list.

If the Planning Commission or another citizen advisory committee has presented a report, and the city council wishes to accept it, by all means vote to adopt or approve it. This means that you have decided to do whatever was recommended—you have adopted it as the council’s action.