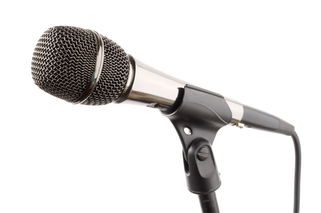 When city councils, school boards or other public bodies hold their meetings, it is usual to reserve a time in the meeting for members of the public to speak to their elected officials. One common name for this is the public comment period. We strongly recommend that elected officials should not get into back-and-forth exchanges with members of the public during the public comment period. (Note that a “public hearing” is a very different type of event, governed by different rules.)

Whose meeting is it anyway?

What is the purpose of the public comment period?

Why the public comment period is not a chance to dialogue

While listening with attention is critical, we believe that it is best not to enter into dialogue with the public during the meeting. It is highly challenging to give accurate responses on critical and complex issues on the spot. We have seen too many instances where the discussion degenerates into a back-and-forth exchange that ends up creating more heat than light. To use a slang expression, sometimes the meeting goes “down the tubes” and never really recovers. This can lead to a fraught atmosphere at future meetings, public outrage, and a general loss of confidence in the board or council.

What should you say?

In general, it is best not to respond at all to public comment. However, the chair may provide brief factual information, if appropriate. This must not degenerate into lecturing or criticism.

The best approach is for the chair to say, “Thank you for your comment” to each speaker. Keep a warm and pleasant expression if the speaker was complimentary, or a neutral face if not, and then move on to the next speaker. Don’t play favorites with the public, and do your best to treat all speakers the same. Be sure to observe any time limits consistently.

How can you appear interested and concerned if you can’t answer?

It isn’t easy, but the chair and the members of the public body convey interest and concern by their body language. Ideally they should listen to each person speaking as if there were no one else in the room.

You can also take structural steps to let the public know how much you care. We recommend:

Here’s an interesting article on this topic about the City of Camas Washington.

With proper preparation and consistent implementation, the public comment period can be an important part of your meetings and help you serve your constituency well.