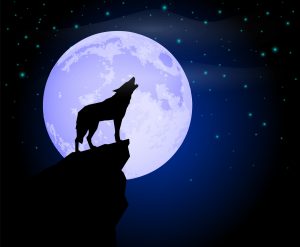 Those who have been working with municipalities for an extended period have observed a phenomenon that occurs at the governing body level.  Let’s call this phenomenon the Outlier Syndrome.

The Outlier is the “lone wolf” who sits on a city council or board of trustees and steadfastly refuses to act like a member of the team. Even while isolating himself or herself as the only person on the losing side of just about every vote, the Outlier manages to create havoc with the rest of the body. The Outlier may be obstreperous and obstructionist. The Outlier may refuse to recognize and respect the norms that guide the rest of the body’s conduct. The Outlier may position himself or herself as the only “ethical” or “transparent” member of the body. The Outlier’s every statement and action seems to be aimed at preserving that self-assumed distinction rather than making any concrete achievements. Sometimes, a governing body is unfortunate enough to have more than one Outlier.

Have you ever experienced the Outlier Syndrome in action? We call it a syndrome because of the recognizable features or symptoms that seem to fester whenever an Outlier sits on a governing body. Do you have an Outlier on your governing body? Could you possibly be an Outlier? Should the Outlier Syndrome be viewed as an affliction or malady? And if so, what can be done? We’ll explore these questions in more detail below.

Power, Goals, and the Outlier

To understand the Outlier’s impact on a governing body, let’s start with the idea that elected officials can only act as part of a body – a collaborative decision-making body. You can search throughout the laws governing statutory municipalities, or just about any home rule charter, and you’ll likely find no powers or duties that are to be exercised by a singular elected official (other than the mayor, who may have certain defined responsibilities). This means that, as elected officials, the only way you can get anything accomplished is to have a majority of the governing body on your side.

It’s likely that each elected official has an individual list of goals, goals that those who voted for you want you to accomplish. But your goals can be accomplished only if they’re part of the goals of the body as a whole. That means your success depends on creating a consensus of the majority! And where does the Outlier fit in on a collaborative decision-making body? Why, nowhere! Perpetually being on the losing side of a vote means that the Outlier gets nowhere on his or her goals…unless, of course, he or she feels that being an Outlier is its own reward.

Are you an Outlier?

Perhaps you’ve met your share of Outliers, who tend to share one or more of these characteristics:

These observations may or may not be totally on the mark. But one characteristic of the Outlier cannot be denied: he or she is seldom on the prevailing side of a vote, and is often at loggerheads with the rest of the body.

Do you think you may be an Outlier? If so, you might examine what your goals as an elected official really are. Do you want to have a list of concrete accomplishments at the end of your term? Or will it be accomplishment enough to have been the “loyal opposition”? If the former, then your behavior may be working at cross-purposes with your goals. If the latter, really? Will the people who voted for you be satisfied with that accomplishment? Will you?

Is the Outlier a Problem for the Rest of the Body? For the Municipality?

Most people who’ve had to deal with an Outlier would say that yes, the Outlier is a problem! How? Well, here are some ways:

Dealing with the Outlier Syndrome

You can’t cure an affliction until you recognize it. And you can’t recognize what you haven’t named and defined. If your municipality is afflicted with Outlier Syndrome, you’ve taken the first steps towards a cure by naming, defining, and recognizing it! Here are some other steps you might consider.

If you think you might have the Outlier label pinned on you, consider these suggestions:

What if all efforts to deal with the Outlier Syndrome fail? Well, it might be time for the rest of the governing body to cut its losses and move on. Don’t continue to agonize over the Outlier and his or her impact on the body’s functioning. Continue to accord the Outlier the same opportunities to participate in discussion and decision-making as any other member, but don’t allow the Outlier to keep pushing your buttons. Remember, arguments and confrontations require more than one participant. You may need to simply say “thank you” or move on to the next point of discussion. Ultimately, the responsibility for putting an Outlier into office rests with the citizens, so there’s only so much you can do. Try to go about your business without having the Outlier become the dysfunctional center around which the rest of you swirl.

Governing body members don’t all have to be in lockstep, or think and behave in the same way. On the contrary, diversity of thinking, styles, opinions, experiences, and approaches are healthy and necessary for a collaborative decision-making body. There is truly a collective wisdom that comes forth when many diverse minds work together on common goals. But the Outlier Syndrome is detrimental to a high-functioning governing body, and therefore, to the community. If your governing body is afflicted with the Outlier Syndrome, it’s time to do something about it! 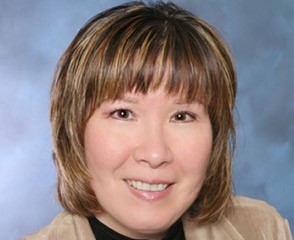 Jurassic Parliament expresses its gratitude to Tami Tanoue and CIRSA for permission to share this concept with our readers.