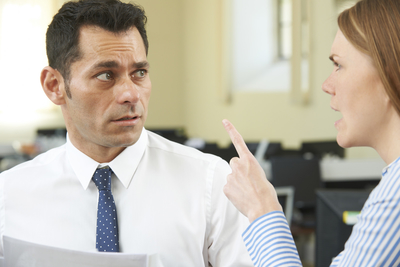 It beats me how people can say that parliamentary procedure is boring. An article about a recent meeting of Branson Missouri aldermen is full of interest (read it here). The most gripping moment, from my perspective, is when the City Administrator says the following:

“He’s not going to stand up there and lie about me. I’m sick and tired of his lies. I do not stand with any of you six (the board of aldermen). I stand for the city of Branson, and for him to say that I took anyone’s side, on any issue, is a bold-faced lie.”

I understand and fully sympathize with the passion this man exhibited, but no, no, no, it’s just not OK to accuse a member of the board of lying. Under our common heritage of parliamentary procedure and Robert’s Rules of Order, you have to express your disagreement without being inflammatory.

The famous example, of course, comes from Winston Churchill. He used the word “lie” in the House of Commons. When called to order, he replied, “Very well, I will say instead that the member is guilty of terminological inexactitude.”  You can disagree with energy and anger, as long as it’s within certain limits of language.

WHY is this rule important? When we accuse each other and use words like “lie,” people’s emotions are inflamed (everybody’s emotions, not just the two participants). It becomes impossible to address the issues, because the tide of feeling sweeps everything before it.

Close readers will find other bits of interest in the article. Look at what is said about the role of the chair under Robert’s Rules. What about their action on abstentions? Let me know what you think!