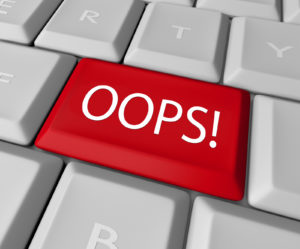 According to Robert’s Rules of Order and parliamentary procedure in general, the secretary or clerk is charged with the duty of preparing the draft meeting minutes. He presents them to the group (the council, board, commission or committee) at the next meeting, and the group makes any changes deemed necessary.

What happens when the secretary sends those minutes out in advance of the meeting? Oftentimes people send back corrections before the meeting.

When this occurs, the secretary is the person charged with deciding whether to incorporate any of those corrections or not. If the proposed changes correct a clear error, of course the secretary will incorporate them into the next draft. That draft could be circulated again, or the corrections could be brought to everyone’s attention at the meeting itself. (Giving the correct file names to electronic drafts is essential in order to avoid confusion here.)

However, sometimes the proposed changes have a subjective cast to them. A member may want to change the way his remarks are recorded, or a leader may believe that the proposed draft describes her actions too negatively. This is where it gets interesting! Technically speaking, a secretary is not obliged to accept such changes before the meeting. It lies within his discretion as to whether to incorporate them or not.

If the secretary is employed by the leader, however, this technical freedom may not exist in practice. The boss tells the employee what changes to make, and the employee feels obliged to make them. It can mean balancing principle versus practicality. I know of a time when a chair directed the secretary to correct the minutes to include something that did not actually happen. In that instance, the secretary resigned her employment.

I also know of instances where members are too free in offering or insisting on changes. This is one of the reasons why we recommend “action” or “summary” minutes, rather than detailed minutes that include what people actually said. Ordinarily, correcting remarks is not a good use of time for the secretary or for the body as a whole. See our blog post, “Detailed minutes put your board at risk,” for more.

Where are corrections noted?

The secretary does his best to prepare an accurate and useful draft, but ultimate and final approval lies with the body itself. The president or chair does not have the parliamentary authority to direct the secretary how to correct meeting minutes. Does this make sense? Please share your stories about this important—and sometimes delicate—topic with us!