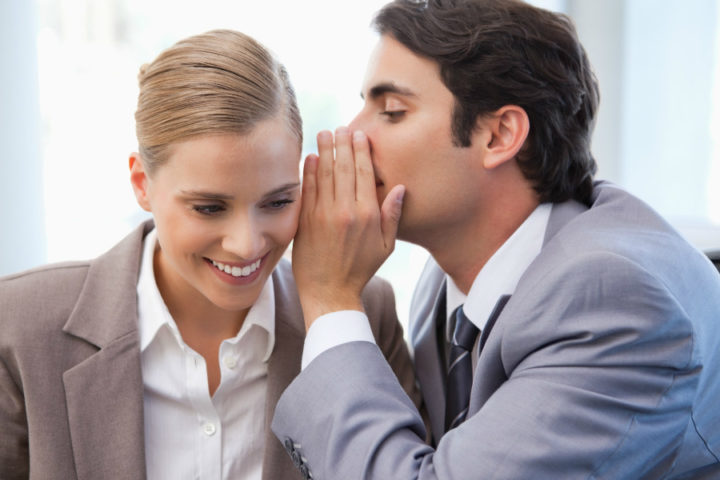 This week a reader called me for advice about whispering and sidebar conversations. He is an officer in a small club dedicated to German shepherd dogs. At the last meeting, when a member was giving a report on research she had done, there were two separate sidebar conversations going on.

I was happy to tell him that whispering and sidebar conversations that disrupt the meeting are forbidden under Robert’s Rules of Order. And if you are only 10 or 12 people around the table, they are bound to be disruptive!

One solution the group had thought of was to ask members to stand when speaking. This is indeed appropriate in a large group. For a small board, though, it doesn’t make sense.

Two key questions to deal with whispering and sidebar conversations

There are two key questions:

Education is necessary because nowadays, people are not just going to bow their heads to a higher authority. We have to work to let people see how counterproductive whispering and sidebar conversations are! The bad effects include:

It is also critical that the chair be willing to speak up and stop this. Doing this in a gentle yet firm manner will go a long way towards restraining the behavior.

If you are speaking yourself, and feel awkward requesting that people pay attention, one approach is to simply stop speaking while others are jabbering. Keep a pleasant look on your face and just wait. Usually this will put a top to the whispering and sidebar conversations as well.

Robert’s Rules of Order on whispering and sidebar conversations

“During debate, during remarks by the president officer to the assembly, and during voting, no member should be permitted to disturb the assembly by whispering, walking across the floor, or in any other way. The key words here are disturb the assembly. This rule does not mean, therefore, that members can never whisper, or walk from one place to another in the hall during the deliberations of the assembly. At large meetings it would be impossible to enforce such a rule. However, the presiding officer should watch that such activity does not disturb the meeting or hamper the transaction of business.”

Have you had to deal with this? Share your stories in the comments!