Henry Martyn Robert, an officer in the U.S. Army Corps of Engineers, published the original Robert’s Rules of Order in 1876. He wanted to help people who were working together in voluntary groups to run good meetings. Over a century later we still have problems running good meetings. Robert’s Rules and the principles that lie behind them can help. 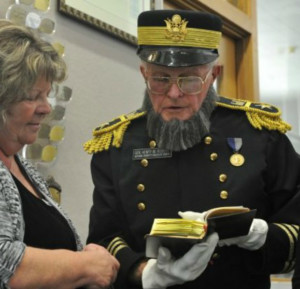 These rules do not apply to the world of work. The world of work is an “accountability hierarchy”—a pyramid—in which one person is responsible for the work of people below her. The owner of a business can hire, fire, and direct her employees. She has greater significance or standing than her employees.

The world of voluntary groups has a different structure. The board of directors of a nonprofit organization, a homeowner’s association, a neighborhood group or a chamber of commerce is made up of people who have come together, by their own choice, to accomplish a common goal. The leader of the group is elected by his equals. He holds a special position, but he is not “the boss.” This world is an “association”— a circle — in which everyone is assumed to have equal significance and an equal say or vote in matters that come before the group.

Robert sets out a system, based on fairness, to help a group discuss what it would like to do and make a decision. Its core is simple to grasp and requires only some practice to apply. Students in high school government and such organizations as the Future Farmers of America use these rules very successfully. City and county councils often use Robert, as do school boards and other special districts. It is estimated that ninety percent of the voluntary associations in this country say in their bylaws that their meetings shall be governed by Robert’s Rules of Order Newly Revised.

The problem is that over the years, successive editions of the book have become more and more complicated. The current edition is over 800 pages long, and readers regularly report that it is overwhelming. Many groups simply abandon the attempt to use these rules and say, “We decide everything by consensus.”

Consensus can be effective for groups of like-minded people, but the process is often misunderstood and difficult to manage. It sometimes produces undue psychological pressure on those who hold a minority opinion. Consensus usually takes a substantial investment of time and it can lead to gridlock. We believe that Robert’s core principles, when properly understood, will help most meetings function better, take less time, and produce good outcomes.

The words “properly understood” are important here. Robert’s Rules are also sometimes distorted or improperly used. As the humorist Josh Billings observed, it’s not what you don’t know that’s the problem, it’s what you know that ain’t so. Groups that choose this method need to become educated enough to use it correctly.

Another important reason to choose Robert is that nonprofit associations and other legal entities are not always free to make decisions any way they like. There are principles, called the “common parliamentary law,” which the courts have found apply in certain respects to their process. By the wise use of Robert, a board or other nonprofit organization can help protect itself from legal liability in this arena.

More important, in choosing this way of making decisions, an organization commits itself to majority rule, fairness for all, and freedom from coercion. Robert’s Rules are based on core principles that are central strengths of our society and our democratic way of life. Properly understood, Robert’s Rules ensure that every voice in the discussion is given a respectful hearing. They enable a group to tap the wisdom and expertise of all its members.